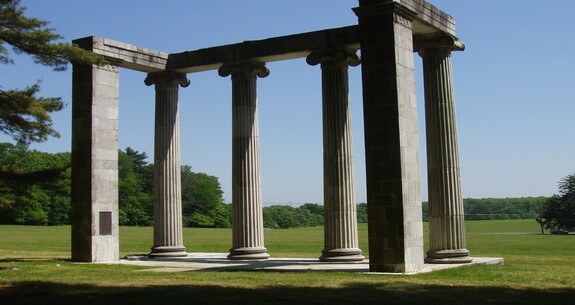 That night, the Americans slip away, leaving their fires burning to trick the British into believing they are preparing for battle. Instead, they march to Princeton and attack the British rearguard.

By the time the main British force from Trenton arrives, the Continentals have moved into defensive positions in the mountains of northern New Jersey. Cornwallis opts to return the British to garrisons near New York City, thus allowing the Americans to claim a great victory in retaking most of New Jersey.

The Princeton Battlefield State Park commemorates the Battle of Princeton by preserving the fields of battle and maintaining the historic Clarke house and other monuments.

When you visit the 81-acre Princeton Battlefield State Park you can walk a paved and gravel path around the park. The park includes the following historical sites and monuments: