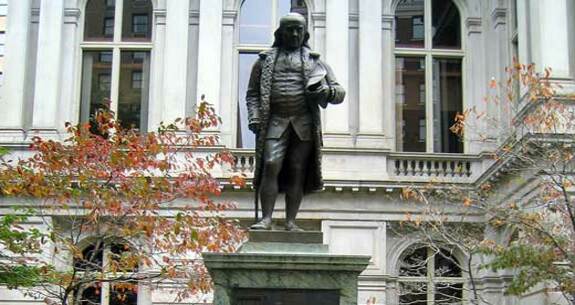 The Boston Latin School was the first public school established in America on April 23, 1635. The first classes took place in the home of its first headmaster, Philemon Pormont, in 1635.

A mosaic and a statue of former student Benjamin Franklin currently marks the School Street location of the original schoolhouse. Five signers of the Declaration of Independence attended Boston Latin: Franklin, Samuel Adams, John Hancock, Robert Treat Paine, and William Hooper. Of the five, only four graduated. Franklin, though one of America’s greatest minds, is also one of its most notable dropouts. The original wooden Boston Latin school building was torn down in 1745 to make way for an expanded King’s Chapel, but the school has continued in different locations.