For the person with a lifelong love of history and for whom "Life, liberty, and the pursuit of history" might be their own credo, our "Life, Liberty, and the Pursuit of History" letterpress print in a handmade frame with conservation mounting.  The print is no longer available by itself.  However, we have two framed prints available we completed in anticipation of Christmas that are available to ship immediately.  One is in a wider profile (shown here), and the other in a narrower simpler frame. 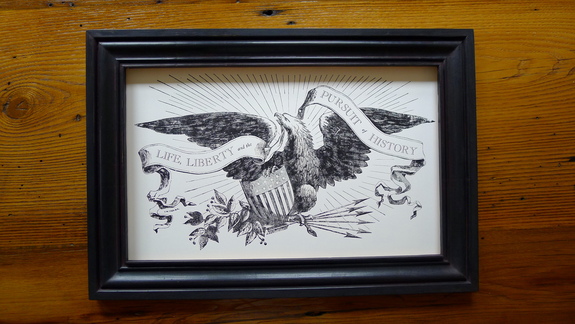 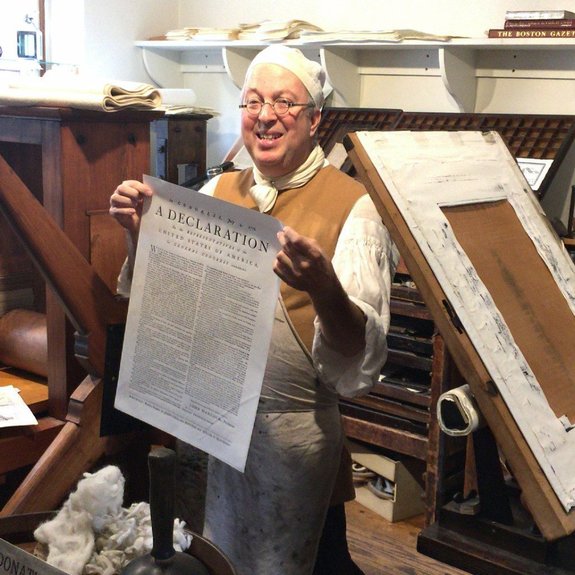 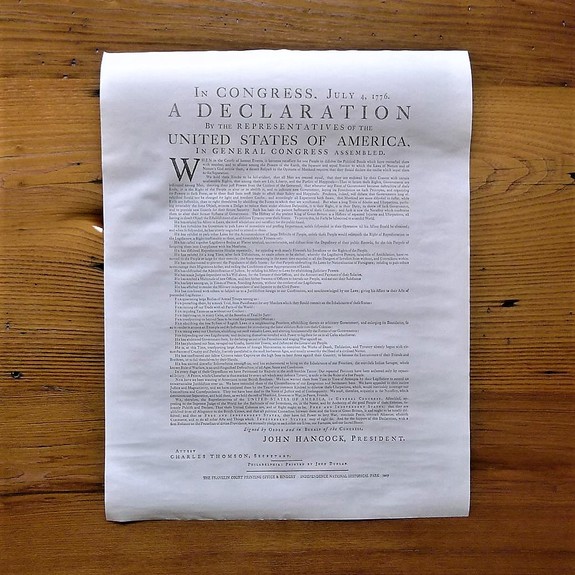 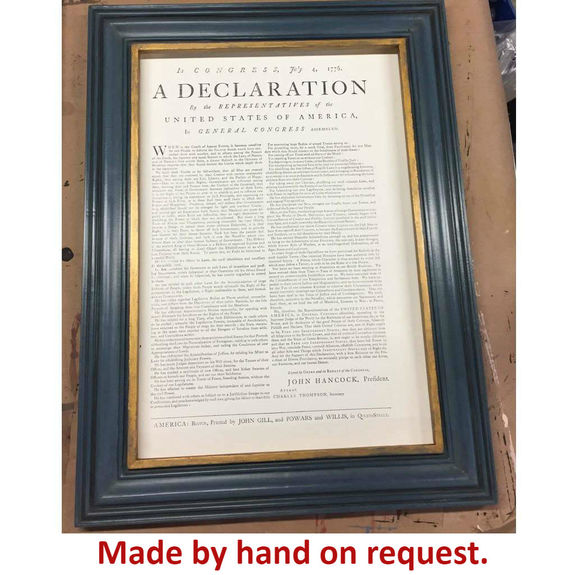 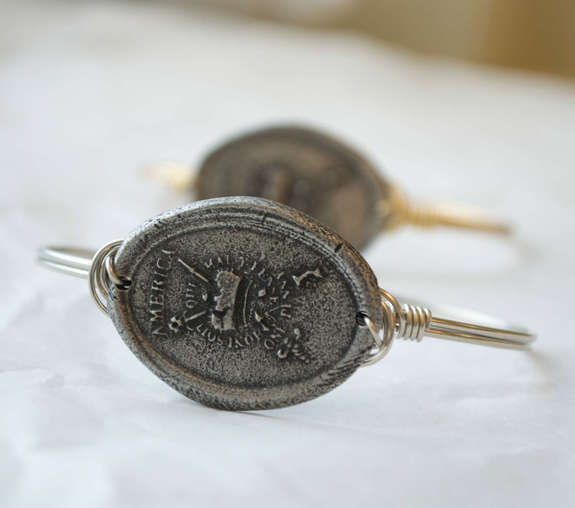 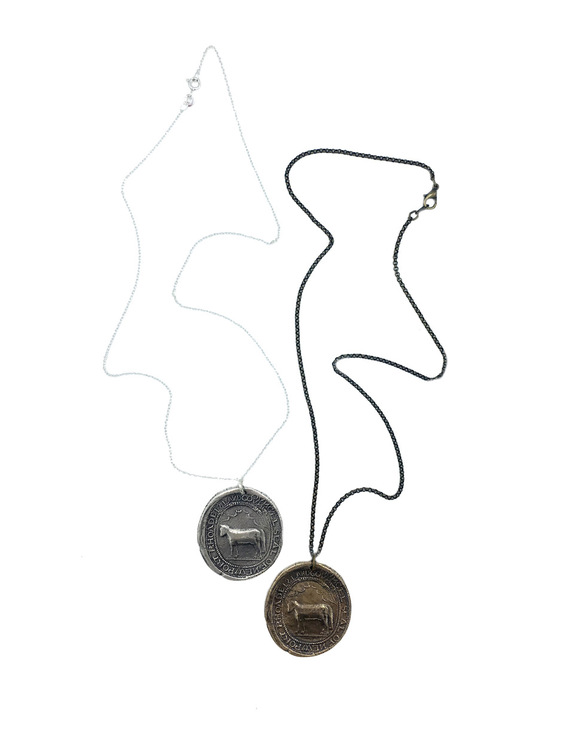 Top it off with the "Votes for Women" pennant pin, a modern replica in support of the women's suffrage from The Susan B. Anthony Birthplace Museum. 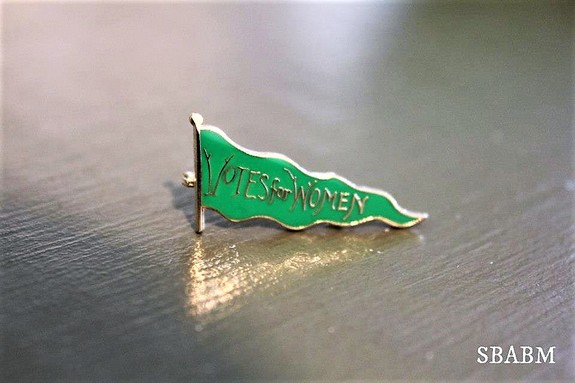 For the proud history nerd scholar, flaunt your love for history with the "History Teacher" t-shirts and "History Major" shirt. Also available as stickers. 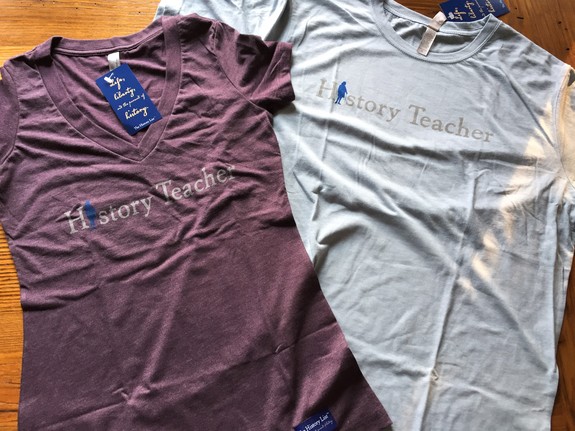 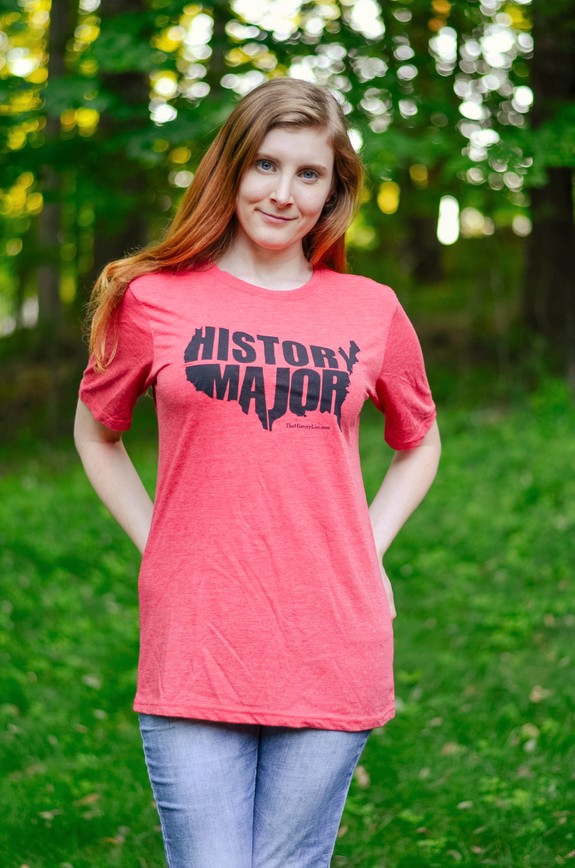 For the fun-loving history nerd, our collection of "Revolutionary Superheroes" is a perfect choice. Featuring Abigail and John Adams, George Washington, Benjamin Franklin, and Alexander Hamilton in a poster, sticker, magnet, bookmark and t-shirts in light blue heather, black and women's v-neck in black.

For the Revolutionary War military historian, "The West Point History of the American Revolution." Released this November by Simon & Schuster. With several maps, including this gatefold, timelines, diagrams, and more. 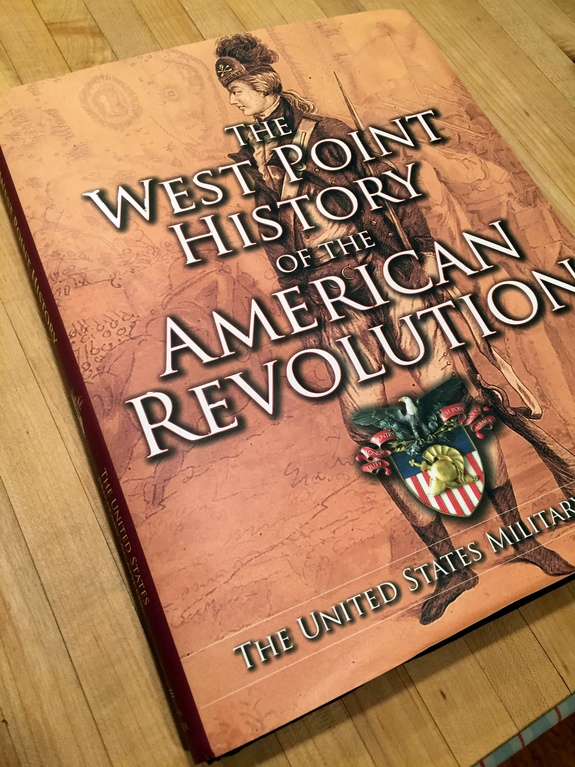 Other interesting books on Revolutionary War are "The Road to Concord: How Four Stolen Cannon Ignited the Revolutionary War " by J.L. Bell, "Dr. Joseph Warren: The Boston Tea Party, Bunker Hill, and Birth of American Liberty" by Sam Forman, and be sure to peruse the Journal of the American Revolution's  100 Best American revolution books of all time list. 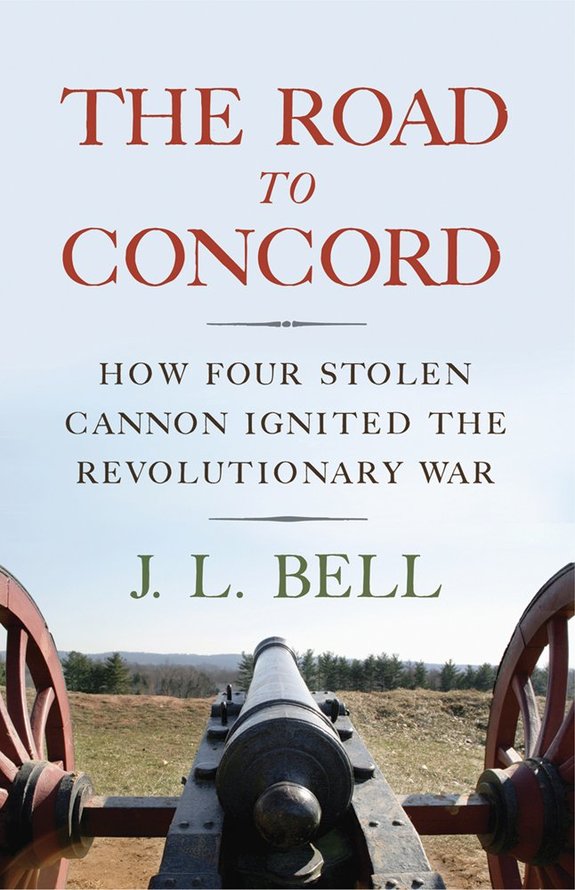 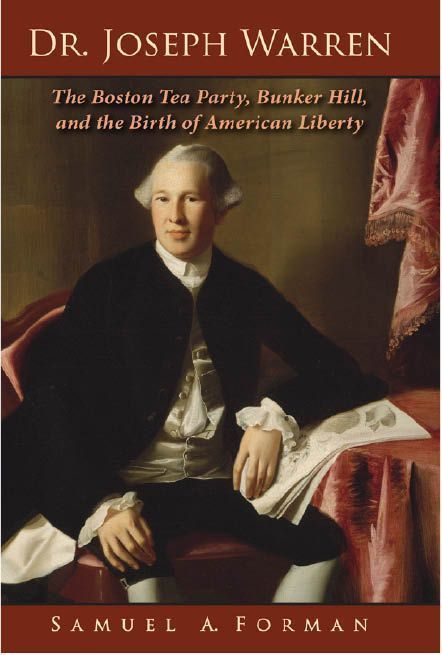 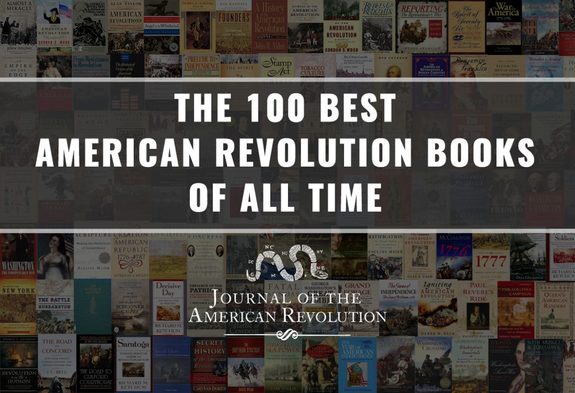 For hardcore history lovers, the "1773" Boston Tea Party t-shirt and the "Victory" t-shirt. These shirts are not only visually striking but the meaning behind the designs will surely be a conversation starter. Be a rebel and stump the average person! 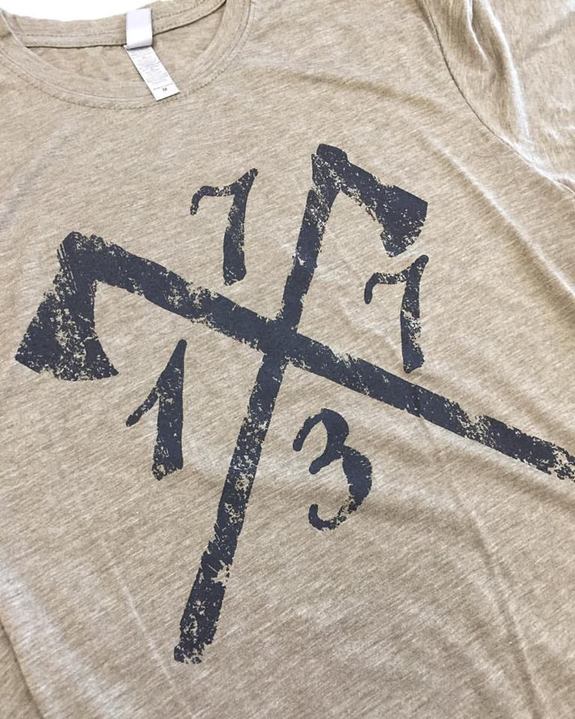 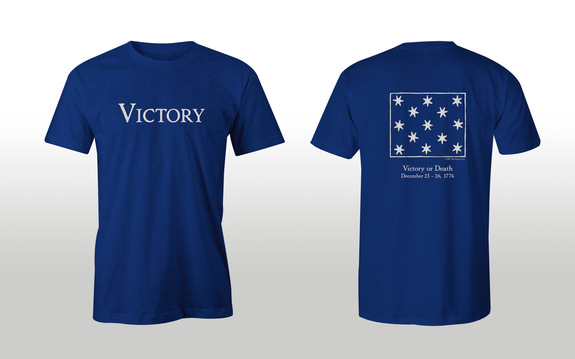 When you don't know their size,  the Embroidered "History Nerd" with Ben Franklin cap comes in a variety of colors. Pair it with our new "Life, liberty and pursuit of history" scarf. 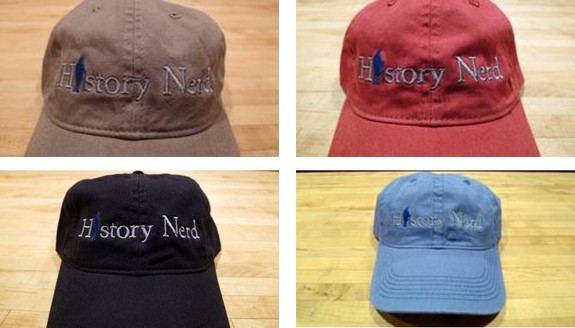 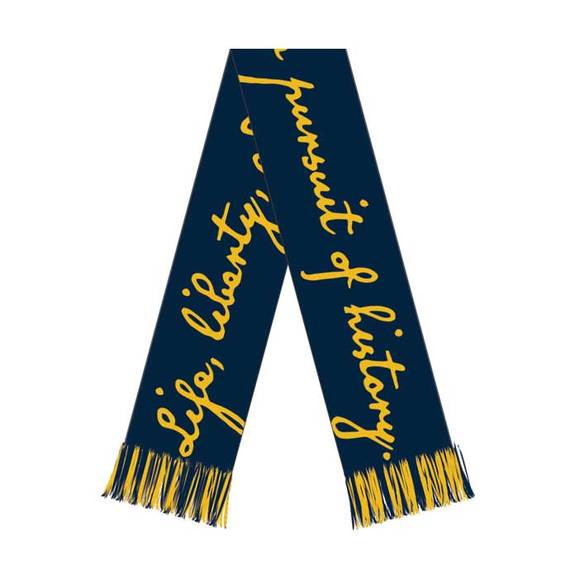 For the Civil War buff, our original "History Nerd" t-shirt with a Civil War Soldier. It comes in two colors: charcoal grey and dark blue.

For the World War II aviation enthusiast, the illustrated and autographed books from the Eagles Over the Pacific series showcases some of the most dramatic combat photos ever taken during aerial warfare, maps of every mission flown and aircraft profiles. Signed books in the series include Warpath Across the Pacific, Revenge of the Red Raiders, Rampage of the Roarin' 20's and Ken's Men Against the Empire. 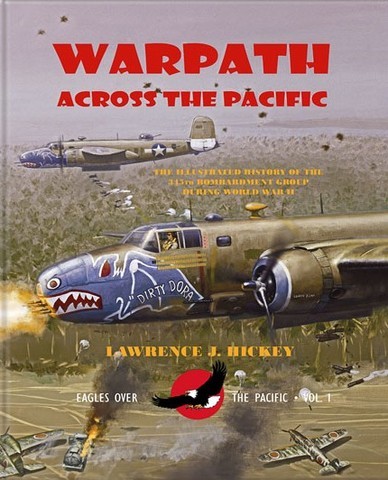 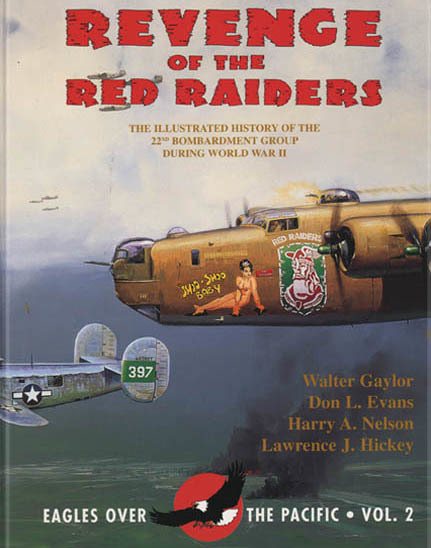 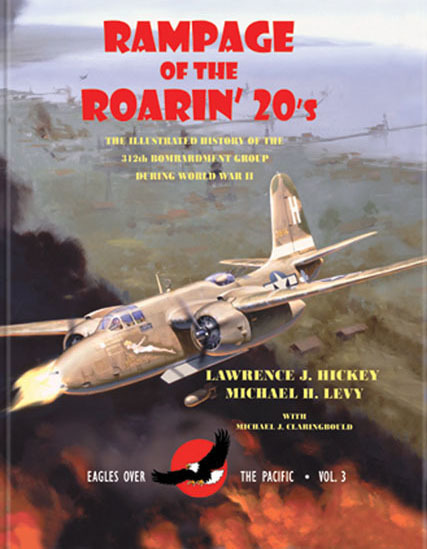 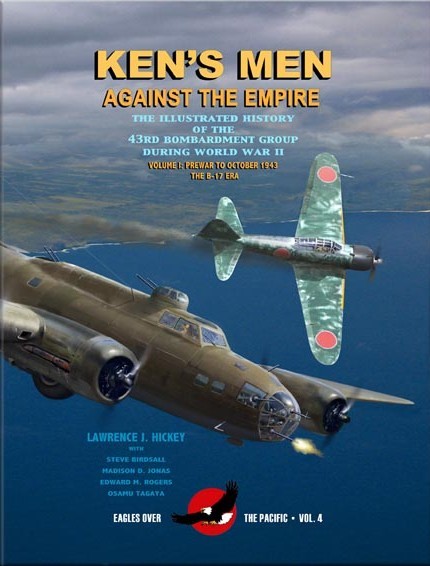 For the young adult history buffs, a signed copy of the book “Twenty-One Heroes“ by Sam Forman. Inspired by the 21 graves of soldiers who died at the Continental Army’s encampment along the Delaware River, author Sam A. Forman pays tribute to these anonymous young heroes by capturing the essence of their experiences during the Revolutionary War. 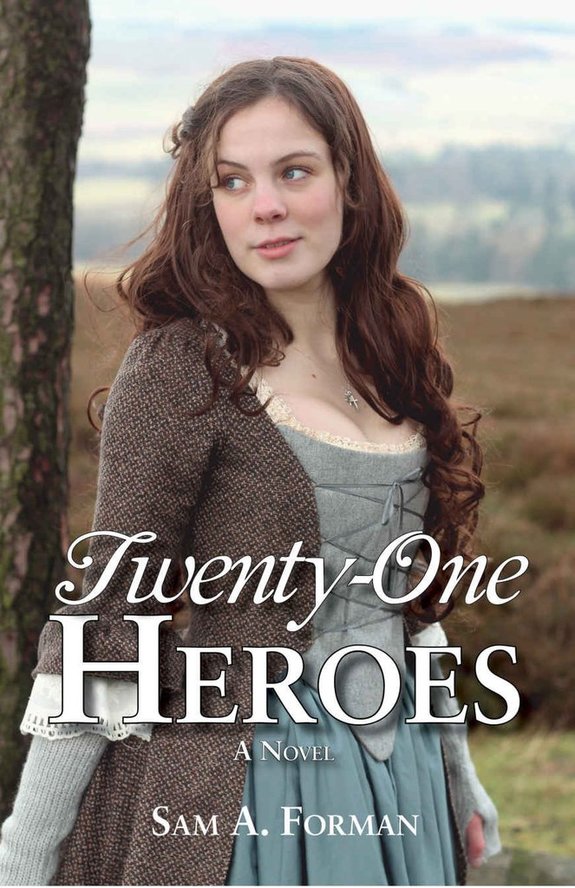 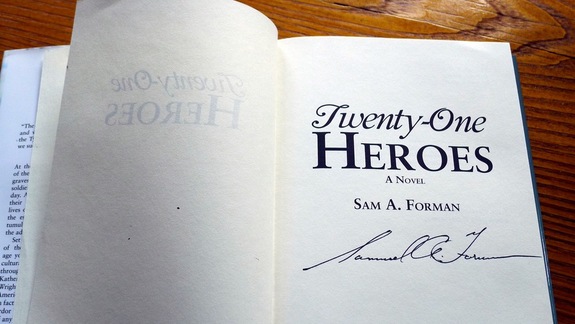 And for the kids, a signed copy of the American Revolutionary War Adventures series, "Patriots, Redcoats & Spies" and "Submarines, Secrets & A Daring Rescue" by Robert J. Skead and Robert A. Skead. The book chronicles the daring adventures of twin boys during the Revolutionary War. 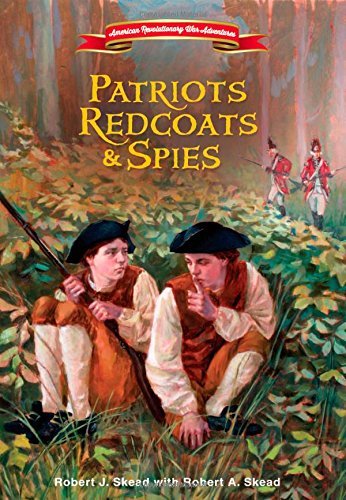 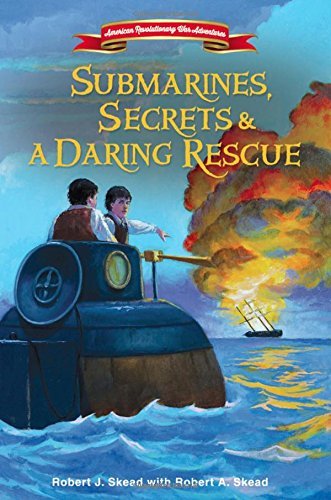 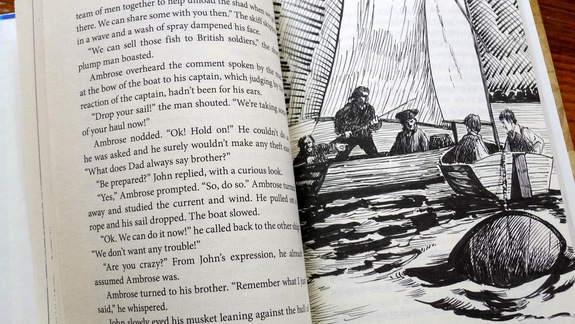 For the smallest history lovers (and his or her parents), onesies and

t-shirts for toddlers from Wayside Inn, with the iconic little red school house and nursery rhyme some believe was first repeated there. 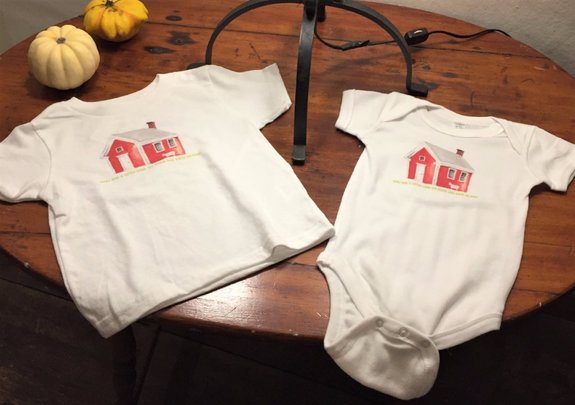 For the home, the Old North Church Lantern, a replica of the ones used to signal the riders on the night of April 18, 1775, "History Nerd"  with Ben Franklin Mug with 25 of his witty, inspirational quotes and "Flour sack" Tea towels with the iconic Wayside Inn grist mill and barn, sold as a pair. 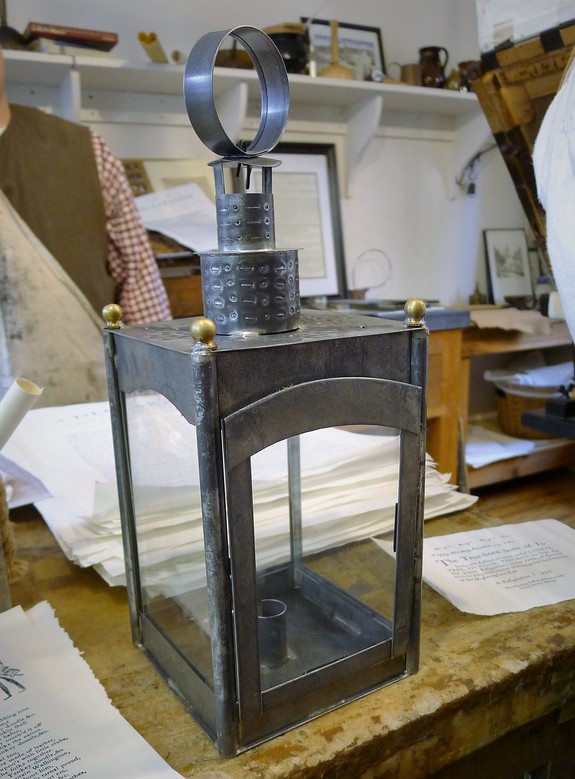 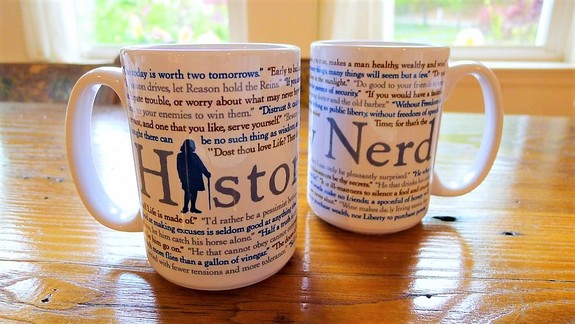 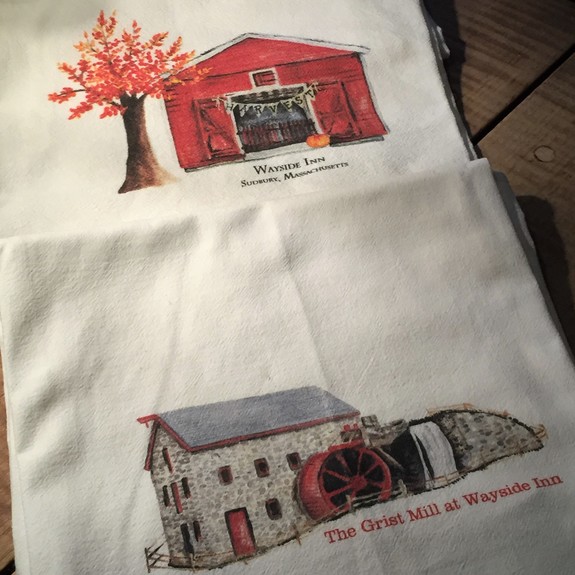 For stocking stuffers, eight of our bestselling stickers in one pack.