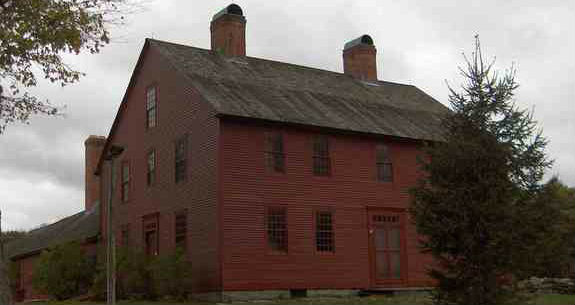 The Nathan Hale Homestead was the home of the family of State Hero, Nathan Hale. Constructed in 1776, the current house is the second dwelling built on the property. Nathan's father, Richard Hale, was a prosperous livestock farmer and built the house for his large family. Ardent patriots, six of Richard's eight sons served in the patriot army. One son, Capt. Nathan Hale was caught and hanged as a spy at age 21 by the British in September of 1776. He is famous for his alleged last words: "I only regret that I have but one life to lose for my country." Following the American Revolution, three Hale sons died from wounds received in the war. Their widows and children moved to the family homestead, so that an average of 12-20 people lived in the house at any one time.

The Homestead is a pristine example of a Georgian-style home. Although sold out of the Hale family in the 1820s, the house has remained virtually intact. The house was first restored by George Dudley Seymour, who saved the house in the early 20th century. Recent paint analysis has resulted in the repainting of the house interior in historic colors. The house is furnished with Hale-family pieces and period antiques and is based on the family inventories. The house was deeded to Connecticut Landmarks in the 1940s. Much of the acreage associated with the Hale farm is now the Nathan Hale State Forest.