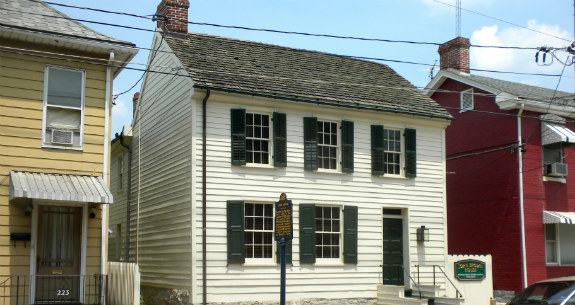 The John Brown House (Ritner Boarding House) was where the famous abolitionist boarded during the summer of 1859 under the alias of Isaac Smith. During this time, weapons were secretly secured and plans furthered to seize the arsenal at in October 1859.

The John Brown has been restored with period furniture. One visitor remarked that if John Brown came to Chambersburg today he feel right at home at the Ritner Boarding House.