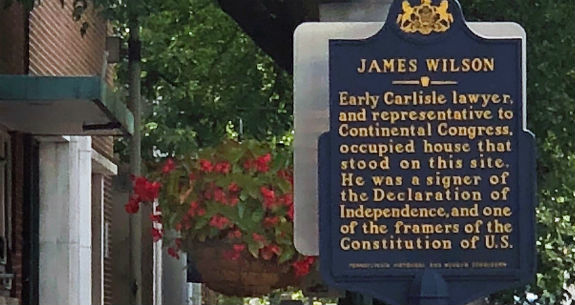 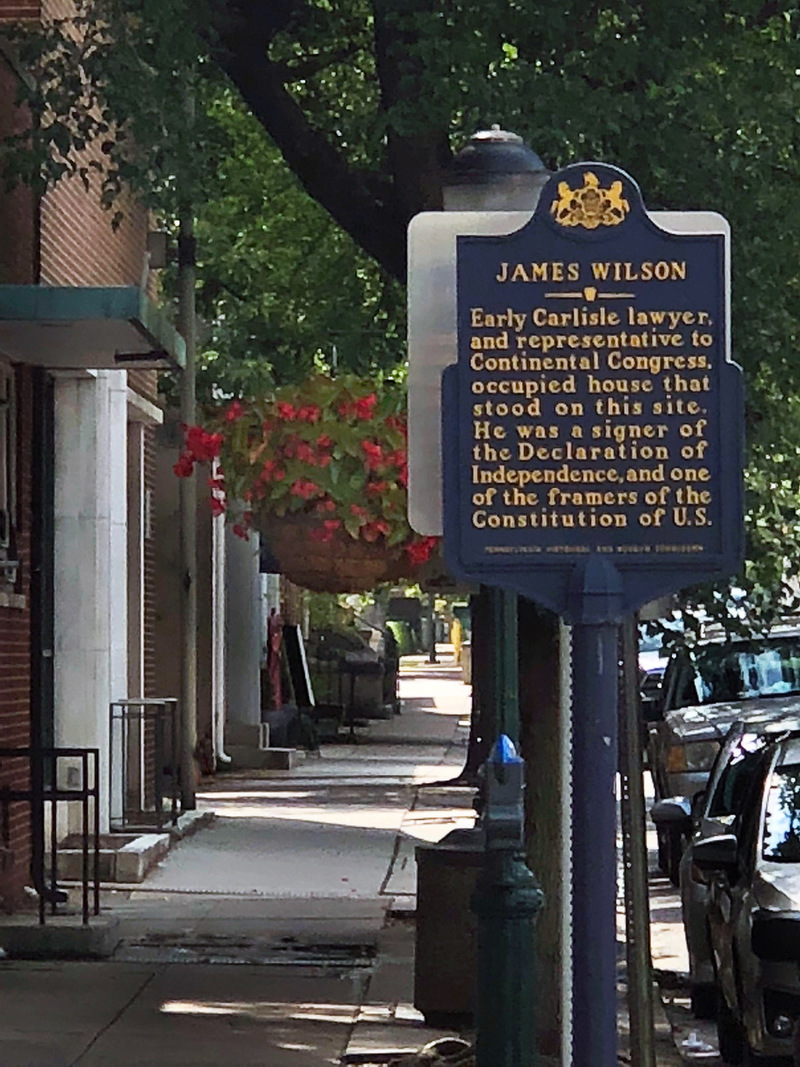 James Wilson lived in a home on this site from 1770-1775. A signer of the Declaration of Independence and Framer of the US Constitution, this was his home in 1774 when he published his pamphlet, "Considerations on the Nature and Extent of the Legislative Authority of the British Parliament." This argued that Parliament had no authority to pass laws over American Colonies because they had no representation in Parliament.

While living in Carlisle in 1771, James married his first wife, Rachel Bird, and became a prominent lawyer practicing law in Carlisle and the surrounding areas. He also began his ill fated foray into land speculation. In 1774 he became chairman of  Carlisle's Committee of Correspondence and attended the first provincial assembly. It was in 1774, too, that he published his pamphlet, "Considerations on the Nature and Extent of the Legislative Authority of the British Parliament," this was an early challenge to the authority of British Parliament and was well received by members of Congress. In 1775 James himself would become a member of the Continental Congress.

The current building on James Wilson's house site, which has stood since the early 1800's, was formerly known as the James Wilson Hotel.

Our thanks to Jennifer Oswald for recommending this site.