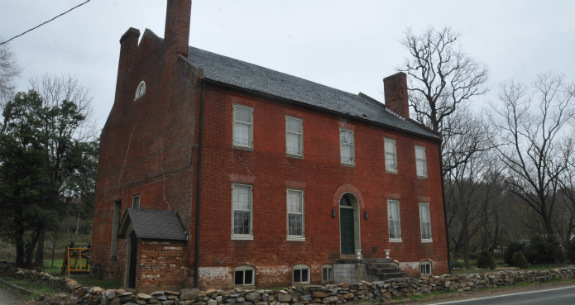 The stately Federal-period Moncure Conway House in Falmouth is one of Stafford’s historic treasures.  The home was associated earlier with the Vass and Beale families.  It was the boyhood home of Moncure Daniel Conway, the South’s most prominent abolitionist.  During the Civil War it was used as a Union hospital.

The current owners, Norman and Lenetta Schools, have made heroic efforts to restore the house to historical prominence.  They have achieved recognition for their efforts.  Yearly, they allow the house and grounds to be used for a wide variety of historic activities, including Stafford’s annual “Yankees in Falmouth…and some Confederates too!”

The building is on the National Register of Historic Places.  ( A Stafford elementary school is named for Moncure Conway.)