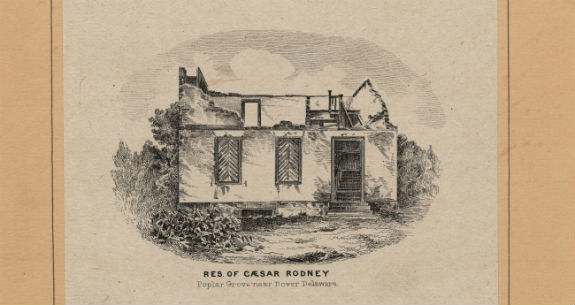 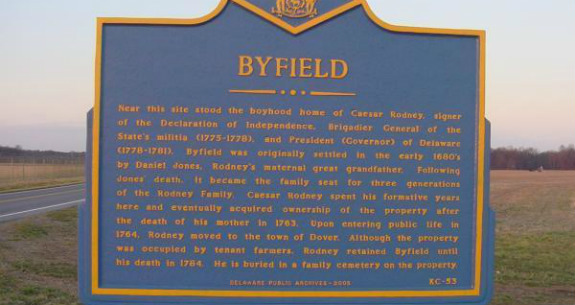 Near this site stood the boyhood home of Caesar Rodney, signer of the Declaration of Independence. Byfield was originally settled in the early 1680’s by Daniel Jones, Rodney’s maternal great grandfather. Following Jones’ death, it became the family seat for three generations of the Rodney Family. Caesar Rodney spent his formative years here and eventually acquired ownership of the property after the death of his mother in 1763. Upon entering public life in 1764, Rodney moved to the town of Dover. Although the property was occupied by tenant farmers, Rodney retained Byfield until his death in 1784. He is buried in an unmarked family cemetery on the property.