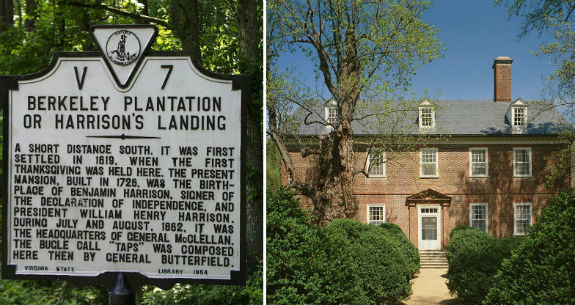 A short distance south, it was first settled in 1619, when the first Thanksgiving was held here. The present mansion, built in 1726, was the birthplace of Benjamin Harrison, signer of the Declaration of Independence, and President William Henry Harrison. During July and August, 1862, it was the headquarters of General McClellan. The bugle call 'Taps' was composed here then by General Butterfield.