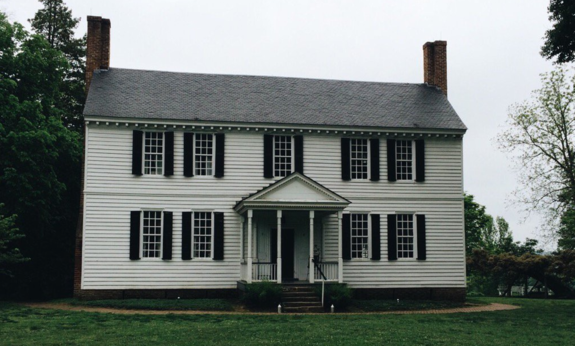 Tuckahoe Plantation, boyhood home of Thomas Jefferson, is a National Historic Landmark and is protected in perpetuity by a preservation easement donated by the owners. It is considered by architectural historians to be among the finest early 18th century plantation homes in America.

A guest at Tuckahoe in the late 1700s commented that the house seemed “to be built solely to answer the purpose of hospitality." Built between 1730 and 1740, this unique Randolph family plantation home and its outbuildings have persisted through a rich American history. Almost three centuries have passed, and Tuckahoe still fits the description of southern hospitality.

The Randolphs of Tuckahoe

Tuckahoe was built by the Randolph family between 1730 and 1740. The Randolph family had an enormous influence in shaping the habits customs and politics of both the colony and the nation. Tuckahoe is the only early Randolph home still standing on its original site.

The mansion was built in the era of great plantations in Virginia, during the 17th and 18th centuries. There were few towns or cities in the colony, therefore, plantations developed as economically and geographically independent entities. At its height, Tuckahoe consisted of 25,000 acres that farmed tobacco, livestock, and wheat with three mills on the property.

The Tuckahoe house was constructed in two sections. The North end of the house was built first in 1733, and the center hall and south wing followed by about 1740 giving Tuckahoe its unique H-frame construction. Original outbuildings along Plantation Street make Tuckahoe one of the most complete early 18th century plantation layouts in North America.

“Thomas of Tuckahoe,” one of the sons of William and Mary Randolph of Turkey Island, first settled Tuckahoe’s site in 1714. It was Thomas’s son, William, who is credited with building the mansion as we know it today.

The Jeffersons’ time at Tuckahoe

William Randolph and Maria Judith Page started their family at Tuckahoe in the 1730’s. By 1745 their three children were orphaned at Tuckahoe after the untimely death of both parents.

Before his death in 1745 William ensured that his children would be cared for and educated at home should he die. In his will, he named his good friend, Peter Jefferson and cousin Jane Randolph Jefferson, guardians of his children.

After William Randolph’s death, Peter and Jane Jefferson moved to Tuckahoe with their children, including two-year-old Thomas, to care for the plantation and the Randolph children and stayed until 1752 when the young Thomas Mann Randolph came of age.

Thus it was that Thomas Jefferson spent his youth at Tuckahoe and received his first education in the small one-room school house that still stands today. It is interesting to note the architectural features of Tuckahoe, including elaborate cornices, alcoves, grand staircases, and domed ceilings that may have influenced Jefferson’s thoughts on architecture.