Todd Anrilk is the author of "Reporting the Revolutionary War: Before It Was History, It Was News" (Sourcebooks 2012)--see below for links to an NPR interview and a C-SPAN program--and of RagLinen.com. 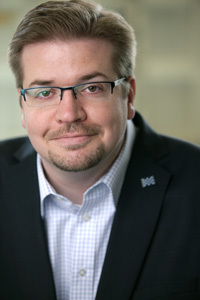 Todd is among the nation’s leading authorities on 18th century newspapers. He built one of the most significant private collections of American Revolution era newspapers –- containing the earliest printed reports of practically every major event and battle, 1763 to 1783 –- which will be featured in his forthcoming book

Collaborating with individuals and institutions, Todd helps others build private and public collections of these treasured relics. Beyond the acquisition, research and digital preservation of early newspapers, Todd also takes an active role in their physical conservation. Through a partnership with one of the top paper conservators in the world, Todd helps save damaged newspapers from loss and restores the artifacts as close as possible to their original condition.

His passion for newspaper history stems from a career in media and marketing. Todd heads the marketing and media operations for one of the nation’s largest construction, design-build and commercial real estate development firms. Todd has authored or ghost-authored thousands of published articles and, as a social media pioneer, created the Advertising Age Power 150, a global ranking of the top marketing and media blogs.

Todd earned his BA in public relations from Illinois State University and his MBA from Roosevelt University. He studied international business at Salzburg College, Austria. Todd serves on the advisory board of the Printing Office of Edes & Gill, the only colonial-era printing experience along Boston’s historic Freedom Trail. He writes a regular column for Patriots of the American Revolution magazine, and is a member of the American Journalism Historians Association (AJHA), the American Revolution Association (ARA) and the Associates of the Omohundro Institute of Early American History and Culture (OIEAHC).

From time to time, Todd freelances to provide design (blog/web), social media and PR solutions to small businesses, non-profits and individuals with tight budgets and great need. Todd has been a featured marketing speaker for several organizations and universities, including Ragan Communications, MarketingProfs, Public Relations Society of America, Social Media Club, Loyola University, Roosevelt University and Illinois State University. The Chicago Tribune labeled him one of Chicago’s Best Bloggers and the Huffington Post invited him to be one of the inaugural bloggers at the launch of its Chicago edition. He’s won several marketing and media industry awards, including the Best in Business Award from the Society of American Business Editors & Writers and the PRWeek Awards for Campaign of the Year and Best Business-to-Business PR Campaign.

Todd’s wife is a great (7x) granddaughter of Abraham Amrine, who served as a Bedford County, Pennsylvania, rifleman in the American Revolutionary War. Starting in 1775, Bedford County sent men to the Pennsylvania Regiments of the Continental Line. Amrine’s grave marker (photo 1 | photo 2 | photo 3) says “Pvt Frontier Ranger, Continental Line, Revolutionary War”. According to my research, Amrine earned a rank of 2nd Class in the Bedford County Militia undesignated companies (1776 to 1783), which were not included within the structure of the battalion system and were primarily ranging companies, enlisted to roam through the forests on lookout for Indian and Tory incursions. 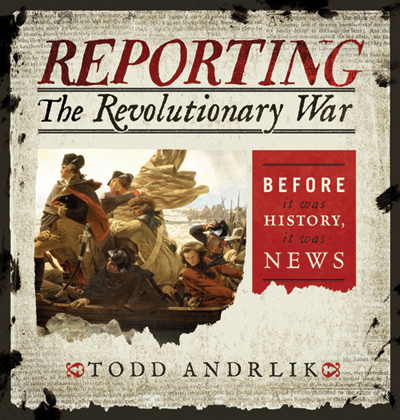 From the Reporting the Revolutionary War book tour:

C-SPAN's Book TV: Discussion of "Reporting the Revolutionary War" (12/2/12)--Author remarks followed by a panel discussion with contributors Robert Allison, chair of the history department at Suffolk University and historian J.L. Bell.  At The Old State House in Boston.

Note: The address on the right is for Sourcebooks, publisher of "Reporting the Revolutionary War."