The Struggle for Full Rights as Citizens: The Voice of Connecticut’s African Americans at the New Haven Museum 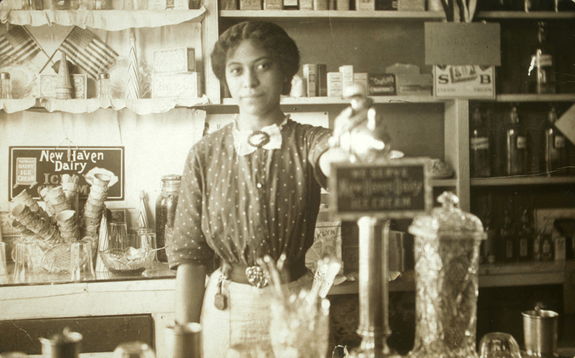 In the early days of the 20th century, Anna Louise James—the daughter of a Virginia plantation slave who escaped to Connecticut via the Underground Railroad—became the first female African American pharmacist in Connecticut. On Thursday, March 13, 2014, a lecture and discussion of James, and other dynamic African Americans who persevered and pioneered in Connecticut, will take place at the New Haven Museum. The free lecture is slated for 6 p.m. and will be followed by a reception and signing of the new book “African American Connecticut Explored” (Wesleyan University Press).

In honor of Women’s History Month, the event will offer a special focus on the lives of several fascinating African American women in Connecticut’s history. Commentary will be made by three of the contributing authors of the newly released book “African American Connecticut Explored,” (Wesleyan University Press): Dr. Stacey Close, professor of history at Eastern Connecticut State University, Dr. Frank Mitchell, curator for The Amistad Center for Art & Culture, and Elizabeth Normen, editor and publisher of Connecticut Explored, the magazine of Connecticut history. The lecture is co-sponsored by The Amistad Committee Inc.

Other notables to be discussed, and included in the book, include Lucy Roberts, a New Haven laundress who contributed her $5,000 life savings ($125,000 value today) to the construction of St. Luke's Church, in New Haven, which was completed in 1907; and decorated U.S. Army nurse Susan Elizabeth Freeman, of Stratford, who helped break the color barrier in the military in World War II.

About the New Haven Museum
The New Haven Museum, founded in 1862 as the New Haven Colony Historical Society, is located in downtown New Haven at 114 Whitney Avenue. The Museum is currently celebrating 150 years of collecting, preserving and interpreting the history and heritage of Greater New Haven. Through its collections, exhibitions, programs and outreach, the Museum brings 375 years of New Haven history to life. For more information visit www.newhavenmuseum.org, or facebook.com/NewHavenMuseum or call 203-562-4183.

About The Amistad Committee Inc.
Established in 1988, The Amistad Committee, Inc. is a not-for-profit, tax-exempt organization. The original Amistad Committee formed to raise funds for the legal defense and return voyage of the subsequently liberated Africans who were involved in the Amistad Incident of 1839. Today, The Amistad Committee, Inc. is dedicated to the preservation and honoring of African and American history in Connecticut. The preservation of this history and its lessons are imperative and shall not be forgotten, diminished, erased or go unrecognized. "The work to be done is not to completed in a day or a year; it will require a long time to remove the evils which slavery and habit have so deeply engraved upon the very foundation of everything." Reverend Amos G. Beeman, Middletown, Sept. 6, 1862, letter to the editor of The Weekly Anglo-African newspaper.