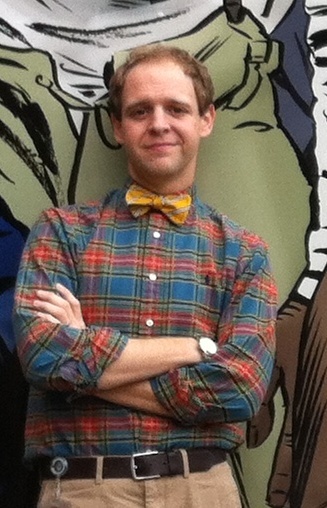 This November, join us in welcoming guest speaker, Dr. Patrick Lewis, as he explores the wondrous treasures discovered in the new Civil War Governors of Kentucky Digital Documentary Edition!

The Civil War Governors of Kentucky Digital Documentary Edition (CWG-K) is building a research database that will allow researchers to track individual Kentuckians, understand their social and kinship networks, economic systems, patterns of political patronage, and more. Learn how CWG-K is reconstructing the lives and worlds of tens of thousands of heretofore voiceless Kentuckians—women and men, slave and free, soldiers and civilians, unionists and rebels—by identifying, imaging, transcribing, annotating, and linking together over 30,000  Civil War-era documents from archives across the nation. Enjoy this sneak-peak of a powerful tool that will change the way genealogists, historians, and teachers access, understand, and interpret Kentucky history.

CWG-K will provide access to more than 30,000 documents, but even one on its own can raise new and fascinating questions. This session will interactively analyze an 1864 murder in Louisville. The case seems open-and-shut, but what clues should historians be picking up on here? What can this case tell us about 19th Century Kentucky—urban life, public health, the economy, immigration and ethnicity, civil-military interaction? What about that world is familiar to us? What questions jump out that need further research?  What—or who— have historians overlooked in Civil War Kentucky? What can CWG-K help us learn about the dark side of a Kentucky we think we know so well?

Morning session runs from 10:30-11:30 a.m., followed by an hour break for lunch. Second session runs from 12:30-1:30 p.m. A light box lunch is available at a cost of $7 payable at the door when requested in advance. Registration for these free workshops is strongly encouraged. However, walk-ins are welcome. ***LUNCH RESERVATIONS MUST BE MADE BY NOON OF THE PRECEDING FRIDAY.***

A light lunch is available for the break between sessions if requested at time of registration for $7, payable at the door.
**LUNCH RESERVATIONS MUST BE MADE BY NOON ON THE PRECEDING FRIDAY!**

Free parking is available across the street in the Depot lot: Entrance to the parking lot is on Anne Street.