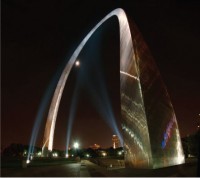 Link for submission below

During recent decades, historians have approached history from a wide range of perspectives and developed innovative methodologies that have opened up new fields of historical inquiry and understanding. In all fields of history, however, certain topics remain taboo. The courage to challenge such taboos, to offer fresh interpretations and to ask original kinds of questions marks the historical work that most inspires us and often signals important turns in historiographical approach. In the judgment of the program committee members, challenging taboos does not reduce the significance of familiar topics, but deepens and enriches their meaning by enlivening the conversation they inspire.

In that spirit, we invite proposals that critically and directly probe unexamined areas of history. We welcome submissions that identify themes or elements in history that have been muted or avoided over time because of concerns rooted in social, political, or cultural taboos; language barriers; or for other reasons. What explains our reluctance to place certain topics under critical examination, and what do we miss when we avoid subjects that have come to be regarded as taboo? How is our understanding of seemingly familiar histories complicated, enriched or transformed when we address issues that have been silenced or avoided? What taboos have been broken in the past, what silences remain, and what new orthodoxies have emerged over time? Are there topics we do not address because we believe that we will be penalized in some way for doing so? Conversely, are there taboos that we should continue to respect and defend?

Recognizing the rich diversity of subject matters and perspectives in American history, the program committee encourages submissions that reevaluate and stretch the bounds of conventional narratives in the broad range of fields in which we work. We welcome conversations that explore taboo topics across institutions, professional levels, and about the profession as a whole.

We welcome participation by historians at all levels of their career, regardless of institutional affiliation. In particular, we encourage history educators who work in the media, government, film, museums, and other occupations outside of the academy to participate in the annual meeting. Scholars residing outside the United States and working primarily in languages other than English are valued members of the community of American historians, and we urge them to submit proposals. In short, we encourage the continued development of an ever-broader umbrella of historical thought, including the reexamination of orthodox paradigms, the practice of history outside the academy, and the inclusion of perspectives on American history offered by scholars working outside the United States. Accepting the prospect of controversy, we welcome considerations of the question: Do historians who depart from familiar academic practice and purposefully direct their work to public audiences thereby venture into the taboo territory of popularization?

The program committee hopes for a wide variety of forms of conversation at the 2015 Annual Meeting. We welcome teaching sessions, particularly those involving the audience as active participants or those that reflect collaborative partnerships among history educators at all levels.

Multimedia approaches that encourage greater audience participation, as well as proposals for workshops and round table discussions that harvest the audience's experiences and insights, are particularly welcome. We prefer to receive proposals for complete sessions but will also consider a small number of individual paper proposals.

The program should reflect the full diversity of OAH membership both in the United States and abroad. Wherever possible, panel proposals should include presenters of both sexes and members of ethnic and racial minorities. Panels should also represent a range of historians and history professions wherever they are employed and at all levels of seniority in the profession. We welcome debate on challenging and controversial issues.

Important Notes about Submitting a Proposal for the 2015 Annual Meeting

Please read all of the following information before submitting your proposal.

Repeat Participation
OAH policy prohibits individuals from participating in two consecutive annual meetings in the same role and limits individuals to appearing only once on the program in a given year. If you have questions about this policy, e-mail the OAH meetings department.

Submission Procedure
Complete session proposals include a chair, participants, and, if applicable, a commentator (chairs may double as commentators, and commentators may be omitted if the audience is to serve in that role). The Program Committee encourages alternative formats that maximize audience participation, such as sessions with no formal comment.

All Proposals Must Include the Following Information