Mehetabel Coit and Joshua Hempstead were next-door neighbors in 18th-century New London, Connecticut. Both kept detailed diaries about their everyday lives, and fortuitously both diaries survive. These diaries inspired two recent thoughtful and revealing histories of life in colonial New England.  Please join us in November and again in January for public programs featuring the authors of these two fascinating titles. 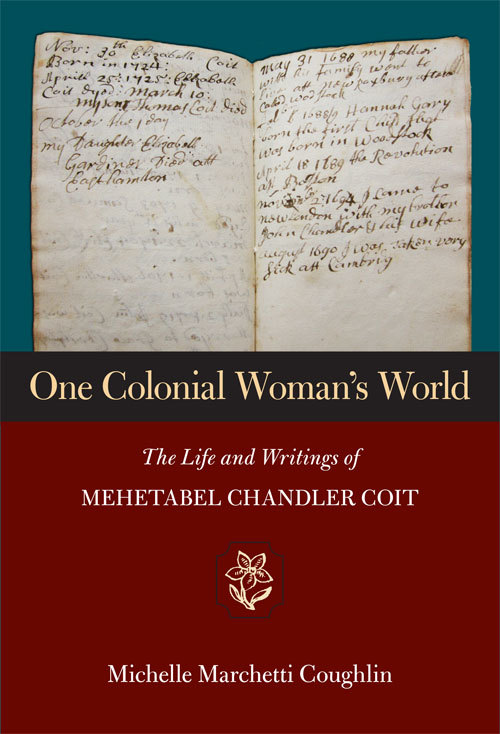 Coughlin's 2012 book reconstructs the life of Mehetabel Chandler Coit (1673–1758), based on what may be the earliest surviving diary by an American woman. A native of Roxbury, Massachusetts, who later moved to New London, Connecticut, Mehetabel began her diary at the age of fifteen and kept it intermittently until she was well into her seventies.

A previously overlooked resource, the diary contains entries on a broad range of topics as well as poems, recipes, folk and herbal medical remedies, religious meditations, financial accounts, and even some humor. An extensive collection of letters by Mehetabel and her female relatives has also survived, shedding further light on her experiences.

Michelle Marchetti Coughlin is an independent scholar and former editor who holds graduate degrees in history and in English and American Literature. She is currently working on an article about a poem by Mehetabel’s mother.

Copies of One Colonial Woman's World: The Life and Writings of Mehetabel Chandler Coit will be available for purchase and signing at the event. 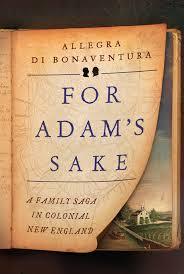 Joshua Hempstead was a well-respected farmer and tradesman in New London, Connecticut. As his remarkable diary -- kept from 1711 until 1758 -- reveals, he was also a slaveholder who held Adam Jackson in bondage for more than thirty years.

In this engrossing narrative of family life and the slave experience in the colonial North, Allegra di Bonaventura describes the complexity of this relationship between slaveholder and enslaved, and traces the intertwining stories of two families until the eve of the Revolution. The lines between slavery and freedom were blurred as colonial New England families across the social spectrum fought to survive. In this enlightening study, a new portrait of the era emerges.

Allegra di Bonaventura is an assistant dean at the Yale Graduate School of Arts and Sciences in New Haven, Connecticut.

Copies of For Adam's Sake: A Family Saga in Colonial New England will be available for purchase and signing at the event.

On-street parking is available, and the museum is located on the 96 and 101 bus routes. Visit RoyallHouse.org for more information and directions.