The Metropolitan Waterworks Museum at 2450 Beacon Street in Boston, opposite the Chestnut Hill Reservoir, is a non-profit museum dedicated to the preservation and interpretation of the historic waterworks that supplied the City of Boston with public water. Called the "Cathedral of Steam Technology" in its day, the Waterworks now presents unique stories of this early metropolitan water system, the engineering and innovation behind the high service pumping station, and the impact on the growth of the urban center.

Designed by architect Arthur H. Vinal in 1886-1887 and expanded by Edmund M. Wheelwright in 1897-1898, the building was constructed at the height of what is sometimes referred to as Boston’s “Golden Age,” a period of great prosperity that lasted from the Civil War through World War I. The building itself is an example of the Richardsonian Romanesque style, a reflection of the influence of architect H.H. Richardson, who lived in neighboring Brookline, and incorporates the rounded arches of Medieval churches and monasteries into the facade of the 19th century building.

Preserved inside are the pumping station engines that were situated at the nexus of a complex water delivery system including underground aqueducts, open-air reservoirs, and municipal pipe networks. These workhorses pumped clean drinking water to homes and business across Boston, and it took three towering steam engines to produce enough pressure to push millions of gallons of water into the system. Coming online in 1894, the Leavitt-Reidler triple expansion engine was the first in service, followed by the Allis engine in 1898, and the Worthington-Snow dual expansion engine, which operated from 1916 to 1974. Reaching three stories above ground (and two stories below), these installations form the core of the Great Engines Hall interpretive space. Video displays, interpretive panels, and artifact collections tell the story of the designers, engineers, and operators of these marvels.

Adding to this preservation and interpretation effort, the Museum also incorporates description and activities connecting visitors to public health and social history themes. In the 19th century, engineers and health officials were beginning to recognize that water-borne microorganisms had a significant impact on the transmission of disease in urban populations. The advent of municipal delivery systems quickly necessitated the examination of water quality, stimulating the fields of sanitary engineering, microbiology, and water chemistry. Access to clean water, brought about by the Metropolitan Waterworks, and the subsequent improvements in public health helped to stimulate the growth of Boston during the later 19th century.

Now, the Waterworks Museum welcomes thousands of visitors each year for tours, educational programs, conferences, and private events. A professional museum staff and a corps of dedicated volunteers are available to facilitate the educational experience. The Museum consists of the Great Engines Hall, housing three historic steam-powered engines, and a two story glass-enclosed pavilion, featuring the Overlook Gallery. The Waterworks is open to the public with no admission fee Wednesday through Sunday from 11am to 4pm, with hours extended to 9pm on Wednesdays during the summer. Directions and further information can be found at www.WaterworksMuseum.org. Connect with us on Facebook at Waterworks Museum (official) and on Twitter @MetroWaterworks. 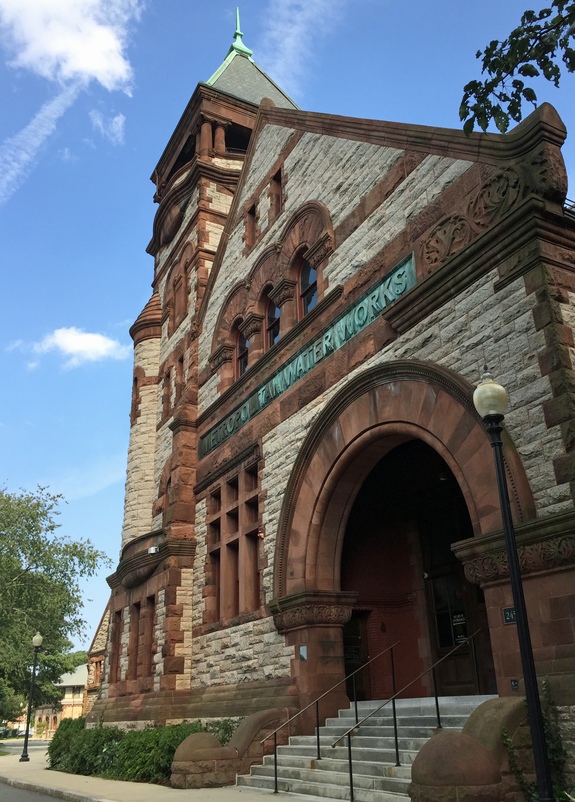 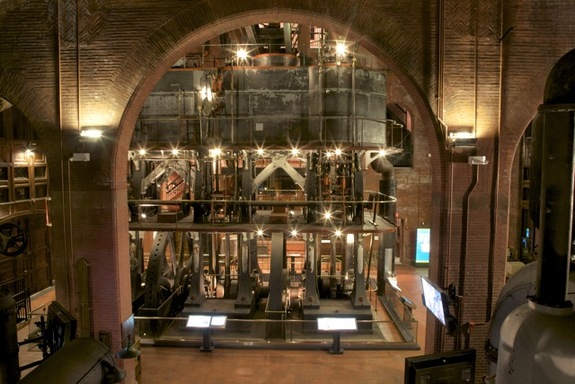 The Metropolitan Waterworks Museum is located at 2450 Beacon Street in Boston, MA. The Waterworks is accessible by T on the Green Line “C” trains to Cleveland Circle and “D” trains to Reservoir, and by MBTA Bus (#51 and #86 to Reservoir). Limited on-site parking available.