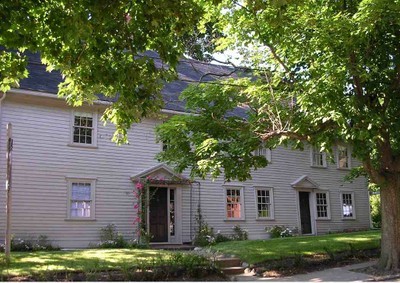 Pierce House is one of the last surviving examples of seventeenth-century architecture in the city of Boston. Lived in by ten generations of one family, the house documents the building practices and tastes of the Pierces over three centuries. At different times, family members expanded and adapted their house to meet demands for space, function, comfort, and privacy.

The history of the Pierce family highlights important aspects of social history, community history, and New England history. It tells the compelling story of a middling New England family over the course of three hundred and fifty years as they worked hard to provide for themselves and their children. The Pierce family took part in both local and national events; during the American Revolution, Colonel Samuel Pierce participated in the fortification of Dorchester Heights. 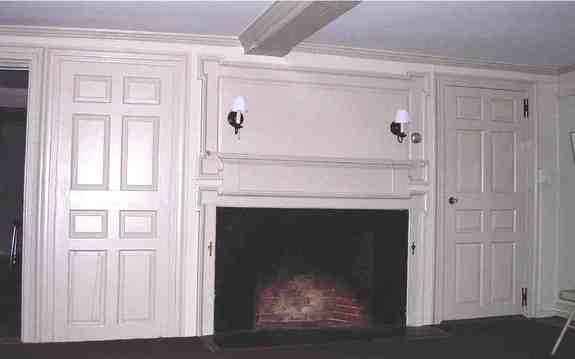 Architectural viewports and special lighting highlight many of the rare surviving seventeenth-century features. Of particular interest are beautifully chamfered framing members and a nearly complete exterior wall of original riven clapboards that was preserved by the addition of a lean-to.

The Pierce House is a Historic New England property.

Top photo: Pierce House - The Pierce House, constructed in 1683, was occupied by ten generations of the Pierce family before it was acquired by Historic New England in 1968. Over that nearly 300-year period the appearance of the house changed dramatically as generations of Pierces left their mark — expanding and adapting the building to accommodate changing ideas about space, function, comfort, privacy, cleanliness, and fashion. This virtual tour invites you to visualize the house as the Pierces first built it and then to observe its later configurations. The tour also highlights features that reveal the various stages of the house over time. These features, commonly found in New England houses built between the seventeenth and the nineteenth centuries, tell the story of three centuries of New England architecture.

Bottom photo: Parlor woodwork - By 1778 Col. Pierce’s mother had died and his sisters had all left the house. In the following years he began to make further changes to the house. First, he remodeled the middle room, turning it into a formal parlor, with the most elaborate decorative trim in the house. He built a new fireplace wall that had two eight-paneled doors and a decorative china closet, or beaufat, and paneled the chimney breast, the area around the fireplace, with a raised molding that bespoke the latest Georgian design. He reduced the size of the fireplace to improve heating efficiency in response to new discoveries about fireplace technology.

Directions detail: I-93 to Granite Ave. exit heading toward Ashmont. Continue straight onto Adams Street. Oakton Avenue is the seventh street on the right; house is on left.

Parking: Street parking is available on Oakton Avenue. Please note that buses for the school across the street cause traffic backups in the mornings and afternoons.