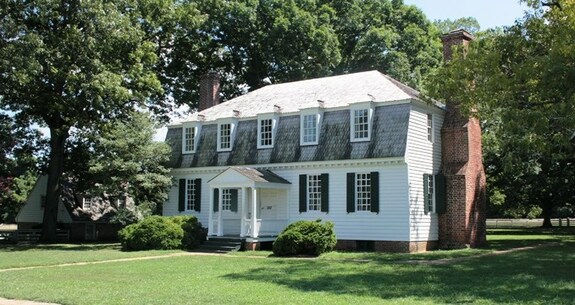 General Washington had hoped to get a French army under Rochambeau and a French fleet under Admiral de Grasse to cooperate with the Continentals in the recapture of New York City. The French fleet sails for the Chesapeake instead. There, it fights a naval battle against the British Navy which is trying to provide support for the British Army under General Cornwallis at Yorktown.

After the French repulse the British fleet, Continental and French armies move from New York to surround the British at Yorktown. They besieged the army for several weeks before Cornwallis is compelled to surrender.

The British loss at Yorktown is the final blow for leaders in London. They end all major offensive operations in America.  Several months later, they begin negotiating a peace treaty which will recognize American independence.

Yorktown Battlefield, part of Colonial National Historical Park, preserves the site of the last major battle of the Revolutionary War. Surrender negotiations between allied American and French forces and the British took place at the Moore House.

At the Yorktown Battlefield visitor center you can view an orientation film and tour the museum exhibits which focus on the 1781 Siege of Yorktown. You can also view the campaign table used by British General Cornwallis during the siege and General Washington's campaign tents.

Check the Yorktown Battlefield web site for information on hours of operation.

Washington’s tents in the visitor center.