Often called the Capitol Building, is the home of the United States Congress, and the seat of the legislative branch of the U.S. federal government. It is located on Capitol Hill at the eastern end of the National Mall in Washington, D.C.

Constructed in 1793, the Capitol has been through many construction phases. Today, the Capitol covers a ground area of 175,170 square feet and has a floor area of about 16.5 acres. In addition to its use by Congress, the Capitol is a museum of American art and history. It stands as a focal point of the government's legislative branch and as a centerpiece of Capitol Hill and the National Mall.

Every year, on the eve of Memorial Day, a star-studded lineup will grace the stage for one of PBS' highest-rated programs, the National Memorial Day Concert. This multi-award-winning television event has become an American tradition, honoring the military service and sacrifice of all our men and women in uniform, their families at home and those who have made the ultimate sacrifice for our country. 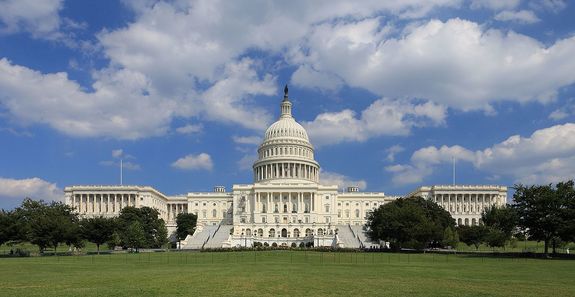