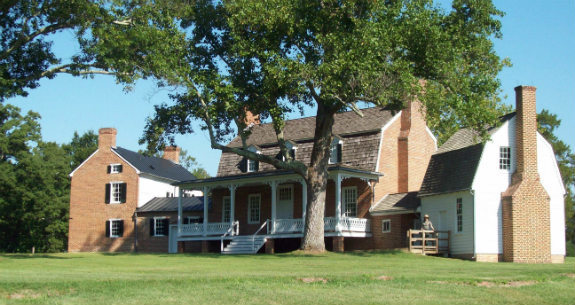 Prior to the Revolutionary War, Thomas Stone led a very comfortable life as a planter and lawyer. After realizing war with Great Britain was inevitable, he risked everything he held dear-- life, fortune, and sacred honor-- to safeguard American rights. To that end, Thomas Stone became one of 56 men to sign one of the most important documents in World History; the Declaration of Independence.

While few people know who Thomas Stone was, almost every American understands the importance of his legacy. Although Stone was a reluctant Revolutionary who favored diplomacy over war, he ultimately preferred war to surrendering the freedoms he felt the Colonists deserved. Because men like Stone were willing to take a stand, they changed the course of history and laid the groundwork for the liberties we enjoy today.

Here, at Thomas Stone National Historic Site, visitors have an opportunity to connect with our nation's history in a peaceful, rural setting that's a world away from the hustle of nearby towns and cities. Take a tour of Stone's mansion, then stroll one of the park's trails, and immerse yourself in the quiet beauty of nature. There are many opportunities here for learning, having fun or just relaxing.