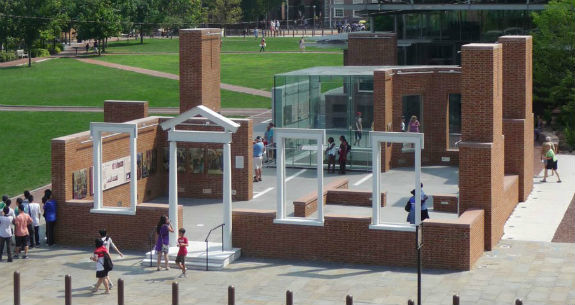 In the 1790s, at the President's House location at Sixth and Market Streets, Presidents George Washington and John Adams lived and conducted their executive branch business.

Although the house was demolished in 1832, the foundations still remain visible in this unique exhibit focusing on the contradiction of liberty and enslavement in the new nation.