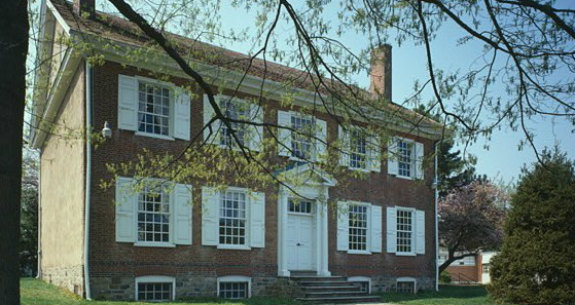 Few homes in America have been owned by, or occupied by such important actors of the eighteenth century as Summerseat. Summerseat was General George Washington’s Headquarters in December 1776, owned by two signers of both the Declaration of Independence and the American Constitution Robert Morris and George Clymer. During General Washington’s time there, Summerseat was owned by Thomas Barclay, who would become America’s first consul overseas and who also negotiated the first treaty for the United States with a foreign nation, Morocco. John Adams and Thomas Jefferson, with whom Barclay worked while in France, recommended Barclay for this position. Summerseat was built in 1765 by one of America’s first self-made men, Adam Hoops, who was born on the Pennsylvania frontier about 1708, and became one of the colonies’ wealthiest men by hard work and sheer determination.

Summerseat is perhaps most famous as the Headquarters of General George Washington from December 8th to 14th, 1776. The well-known directive, “that all the boats and watercrafts should be secured or destroyed.,” was issued by Washington while he was staying at Summerseat.