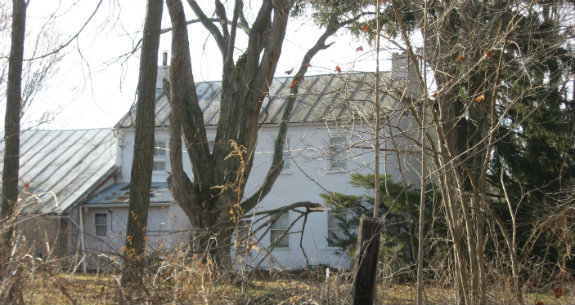 In 1812 several Benedict families migrated from New York to Ohio and established the first Quaker settlement of Morrow County, Ohio along Alum Creek. The Benedicts were the first Anglo-Americans to this previously unsettled frontier area of Ohio. Reuben Benedict, along with his wife Anna and their 12 children, were among these families.

The house also played a role in the locally famous 1839 case of Bill Anderson of nearby Marion County, Ohio. During Anderson's trail, also known as "Black Bill," a group of Virginians attempt to return him to Virginia. Because Anderson was considered a free man by the court, and the Virginians could not prove ownership, he was released. However, after a second attempt to take Anderson to Virginia, a group of local Quakers helped him to Benedict's house to escape further capture, and from where he could move further north.

The Benedict house is a unique Underground Railroad station because it retains a high degree of historic integrity. The house maintains much of its original plan and design, and is one of the few examples of the Federal vernacular style surviving in the area.