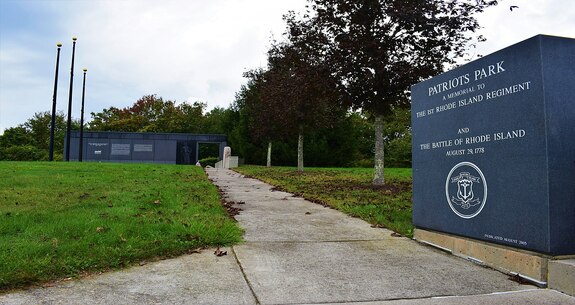 Continental forces under the command of General John Sullivan seek to attack the British on Aquidneck Island in Rhode Island. Sullivan relies on the newly arrived French navy under Admiral d’Estaing to provide the necessary naval support.

As the attack begins, the French move out to sea to confront a British fleet moving toward them. Both fleets are scattered and damaged by a hurricane. The French abandon the effort and sail to Boston for repairs. General Sullivan must scramble to remove his men from the island before they are captured.

Photo: “The Site of the Battle of Rhode Island” by Kacey Victoria licensed under CC BY-SA 4.0 via Wikimedia Commons.