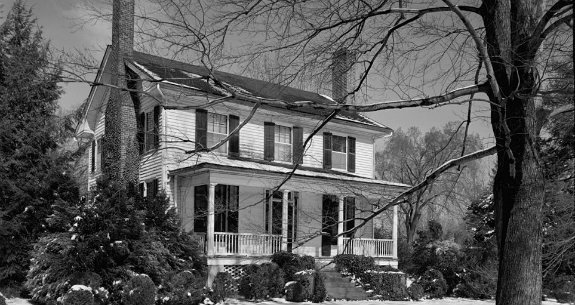 According to the Library of Congress:

The Nash-Hooper House is the only surviving home of a signer of the Declaration of Independence in North Carolina (William Hooper). The main block of the house was built in 1772 by General Francis Nash, one of North Carolina's most famous Revolutionary heroes. From 1869-1875 it was the home of Governor William A. Graham, one of North Carolina's most revered Governors and Secretary of the Navy. The Hoopers owned the Nash-Hooper House from 1782-1853. The house itself is a very good example of Piedmont architecture and has suffered few structural changes in its nearly 200 years of existence.