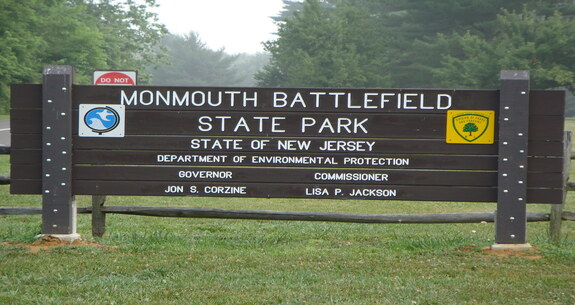 Following the French entry into the war, the British withdraw from Philadelphia to prevent them being trapped there by the French Navy. General Henry Clinton marches the bulk of his army across New Jersey, in order to allow the fleet to carry civilians and supplies.

Lee’s army meets the British near Monmouth Courthouse but begins withdrawing from the field.  General Washington arrives in time to stop the withdrawal, relieves General Lee from command and engages the British in a day-long battle. That night, the British continue their retreat toward New York City. General Lee is later court martialed and removed from command for his performance at the battle.

Annually, on the third weekend in June, Revolutionary War re-enactors gather at to commemorate the anniversary of the battle. Check the Monmouth Battlefield State Park web site for details.