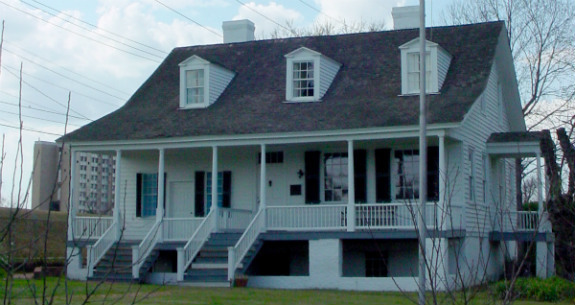 Meadow Garden has been privately owned by the “Daughters of the American Revolution”, since 1900.  It is the oldest documented house in Augusta and the oldest house museum in the state of Georgia.  The left or canal side of the house is the oldest.  It was built by John Pettigrew probably in the 1750s.  The elaborate architectural detail is Chippendale in style.  As historian Mark Woodward writes, “of course the occupant of the house is what makes the house famous, George Walton, perhaps the youngest signer of the “Declaration of Independence,” who was only 26 when he signed it.  He was appointed governor of Georgia in 1779, and was elected governor again in 1789.  The grandest event that year took place in October, 1789, Walton accepted the Constitution of the United States on behalf of the people of Georgia. Georgia was the fourth state to ratify the Constitution.  Two months later, the state assembly elected him a Chief Justice in Georgia. In his new office, George Walton aided in the debate that indirectly ended with a portion of Richmond County breaking away.  Walton was also appointed to the U.S. Senate from 1795 to 1796. George Walton, along with his wife Dorothy, raised two sons in the house, Thomas and George Jr.  In June of 1791, Walton acquired two adjacent lots, each lot had 50 acres for a total of 100 acres. They were located in Augusta Township, outside of Augusta proper. It was all farmland and woods and looked a lot different than it looks today.

George Walton was living on the property by early 1792.  He named it ‘Meadow Garden’ because the house was positioned on a large flat meadow.  There is no doubt that Meadow Garden belonged to George Walton.  From 1790 to 1804 he would sign his correspondence, ‘George Walton of Meadow Garden.’

Walton had financial troubles that never fully adapted. Because he needed to ensure that his family would not be deprived of their home, he had the properties listed in the name of his nephew, Thomas Watkins and then later, held in trust by John Habersham and Anderson Watkins for his son, Thomas Camber Walton, who died in 1803 and then in the name of George Walton Jr.  The original house, that Walton lived in, had four rooms, two downstairs and two upstairs. There were no stairs but a ladder went up to the second floor. After George Walton, Sr., died, Dorothy Walton and George Walton, Jr. still called Meadow Garden home.

Shortly after George Walton, Sr. died in 1804 the land and the title to the house was sold to Barna McKinne who was buying up land in Augusta.  Perhaps he was only interested in the land, not the house, and let the family continue to live there either free of charge or for rent.  When George Walton, Jr. married Sarah “Sally” Walker in 1809, possibly at that time the house was expanded.   Another house was moved on site and joined to the original Walton home more than doubling the size.  The new part of the house is Federal in style with large windows and high ceilings.  The George Walton, Jr. family lived at Meadow Garden until 1821, according to his daughter, Octavia Walton Lavert.   After the Waltons left, the home was owned for many years by the Matthew Nelson family and eventually purchased in 1900 by the Daughters of the American Revolution.  It has always been a privately owned museum.

We are closed on major holidays.

Location
Independence Drive is located in downtown Augusta off of 13th St. between Walton Way and Greene St. The property runs along the Augusta Canal and parking is available on-site. 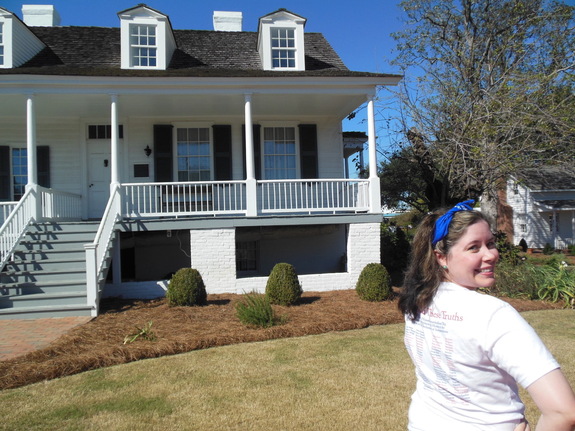 Betsy Havens, November 6, 2017, participating in Our Historic Travel Challenge to the Birthplaces and Homes of the Signers of the Declaration of Independence. Learn more and find out how you can participate.