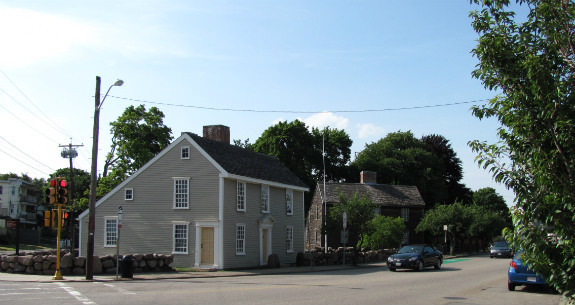 According to the National Parks Service:

"The birthplace of the sixth United States President, John Quincy Adams, born in 1767. The family lived in this home during the time John Adams helped found the United States with his work on the Declaration of Independence and the American Revolutionary War.

The John Quincy Adams birthplace is a classic New England home of framed construction. The birthplace is commonly referred to as a"saltbox" because of its resemblance to slant-lid boxes found in colonial kitchens in which salt was stored."