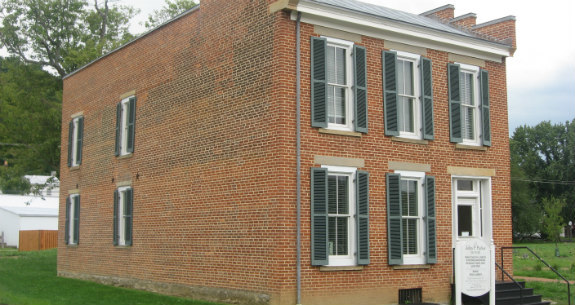 John Parker was born a slave. In 1845, he purchased his freedom and eventually made his way to Indiana and Ohio, settling in Ripley in 1850. He opened an iron foundry and eventually purchased a brick home. Parker also became active in the Underground Railroad, commonly traveling across the Ohio River and helping fugitive slaves from Kentucky escape to the North. Parker routinely took the fugitives to John Rankin, another abolitionist who resided in Ripley. Rankin hid the fugitives from slavery and assisted them in their journey further north. During the American Civil War, Parker served as a recruiter for the 27th Regiment, U.S. Colored Troops. With the ratification of the Thirteenth Amendment to the United States Constitution and the end of slavery in 1865, Parker devoted his energies to his foundry business.