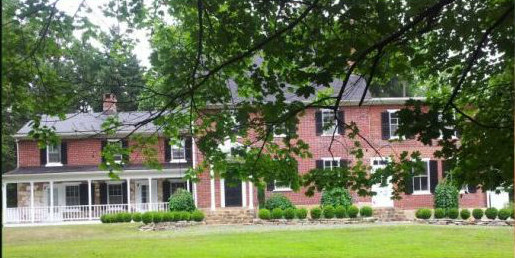 John Hart lived in Hopewell Township, in what is now the town of Hopewell, and was then known as Baptist Meeting House, for the church there. He was the son of Edward Hart, a Justice of the Peace, public assessor, and farmer. John Hart, signer, was the grandson of John Hart, a carpenter who came to Hopewell from Newtown, Long Island.

Around 1739-1740 John Hart bought the "homestead plantation" of 193 acres on the north side of what is now the town of Hopewell.

In 1742 He and his father together repurchased 100 acres of their own land . Edward had bought 50 acres years before, and they added 50 acres of Edwards brother John Jr's adjacent land. In a land title dispute that lasted many years and involved many people who had purchased land in the area, they were forced to repurchase the land from the estate of John Coxe, of the NJ proprietors, for 144 pounds, 13 shillings and 6 pence. The original price paid was 10 pounds per hundred acres.