Insider tips and recommendations from fellow history lovers as well as current and former employees and volunteers.

Selecting the tour or tours to take

Nearby historic sites to visit

Do you have tips and recommendations to add? What else should a history lover visit when they are in the area? Please add them in the comments below. 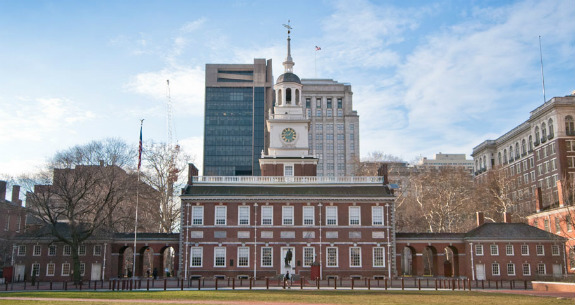 Independence Hall is the birthplace of America. The Declaration of Independence and U.S. Constitution were both debated and signed inside this building. The legacy of the nation's founding documents - universal principles of freedom and democracy - has influenced lawmakers around the world and distinguished Independence Hall as a UNESCO World Heritage Site.

Construction on the building started in 1732. Built to be the Pennsylvania State House, the building originally housed all three branches of Pennsylvania's colonial government. The Pennsylvania legislature loaned their Assembly Room out for the meetings of the Second Continental Congress and later, the Constitutional Convention. Here, George Washington was appointed Commander in Chief of the Continental Army in 1775, the Articles of Confederation were adopted in 1781, and Benjamin Franklin gazed upon the "Rising Sun" chair in 1787.

There is much history to explore - from the Georgian architecture, to Peale's Museum, to fugitive slave hearings - in addition to the founding of the nation.