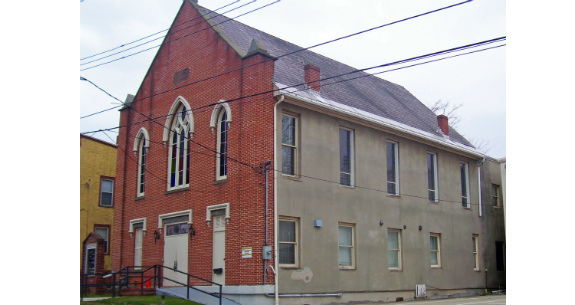 Photo by Daniel Case / CC BY

Amanda Foster, considered the "Mother of the Church," was the driving force in the formation of the congregation whose first meetings were held in her confectionery store. Born in New York in 1806, Amanda, in possession of her "free papers," obtained employment as a nurse to Arkansas Governor Conway. While in Arkansas, she contributed to the Underground Railroad movement by using her "free papers" to help a young fugitive slave girl escape. She moved back to New York in 1837 and established her business in Tarrytown where she met and married Henry Foster around 1845.

In 1865, after five years of the congregation meeting in the Foster confectionary store and other business establishments, construction of the church began with funds donated primarily by the local Dutch Reformed and Methodist congregations.

During the Civil War, members of Foster AME helped to provide food and shelter to fugitive slaves escaping to Canada, and also provided assistance to those fugitive slaves who decided to settle in Tarrytown. Like most AME churches, Foster AME is a religious and social crossroads for the black community, providing a meeting place for worship and a place for public interaction.