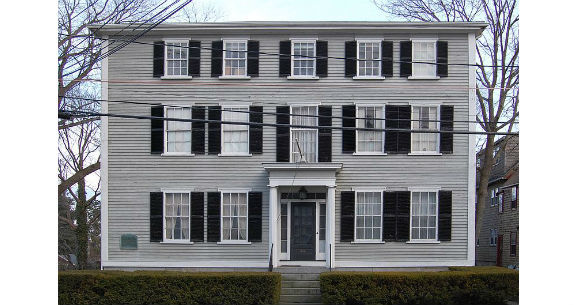 According to Historic Buildings of Massachusetts:

At 44 Washington Street in Marblehead, opposite the Old North Church, is a house, built sometime between 1730 and 1742, where Elbridge Gerry was born and spent his early years. Elbridge Gerry (1744-1814), a statesman and diplomat, was a signer of the Declaration of Independence and was one of three men who refused to sign the Constitution because it did not contain a Bill of Rights. Gerry later served as Governor of Massachusetts (1810-1812) and Vice-President (1813-1814) under James Madison. The process of gerrymandering, or drawing electoral districts to favor a particular party, is named for him due to a redrawing of districts in Massachusetts during his term as governor. In the 1820s, a third floor and Greek Revival entrance were added to the house.