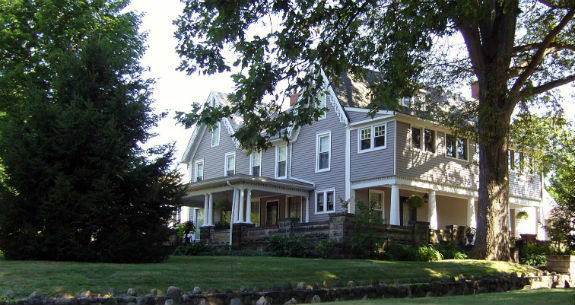 Built in the early 1850s by his father, the house was occupied by Hise and his wife Margaret in 1875, when they rechristened the home, Unserheim (“our home” in German), and made several alterations to the property, including construction of several hiding places for fleeing slaves. These renovations—including hidden rooms in the basement and a barn on the property—made the house a viable stop on the Underground Railroad.

Inspired by the words of Amos Gilbert, Daniel Hise served as a member of the Executive Committee of the Western Anti-slavery Society and helped organize the city of Salem’s then-annual Anti-Slavery Fair (a local fundraiser for abolitionist causes).[3] He strongly agreed with the philosophies of William Lloyd Garrison, and from 1849 to 1855, Hise made his home available to fleeing slaves as well as abolitionist luminaries such as Oliver Johnson, Henry C. Wright, Parker Pillsbury and Charles C. Burleigh.