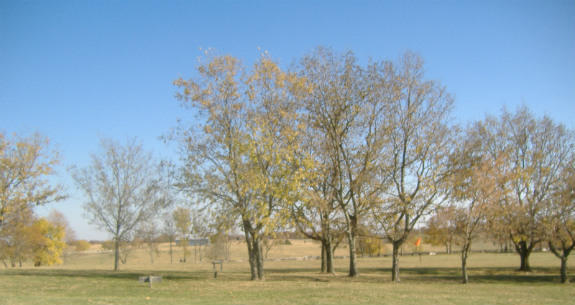 Camp Nelson was founded and constructed by Major General Ambrose Burnside's 9th Corps of the Army of the Ohio in June 1863. It was closed in June 1866.

Camp Nelson is significant as:

As a staging ground and supply center for:

As the largest recruiting, mustering, and training center for African American troops (called U.S. Colored Troops) in the Commonwealth of Kentucky and one of the largest in the United States. U.S. Colored Troops trained at Camp Nelson performed garrison duty throughout Kentucky, saw action in both Major General Burbridge's and Major General Stoneman's Southwestern Virginia campaigns, saw action against Confederate raiders at Cynthiana, Kentucky and were involved in the siege of Petersburg, Virginia and the pursuit of the Army of Northern Virginia to Appomattox Court House, Virginia.

As a contraband or refugee camp for the family members of the U.S. Colored Troop recruits. This camp, which was administered by the Rev. John G. Fee of the American Missionary Association and Captain Theron Hall of the U.S. Army, contained cottages, dormitories, a hospital, a school, a dining room, and a laundry and held over 3,000 people at one time. The illness and death which resulted from removal of the African American refugees from Camp Nelson in November 1864 led directly to the passage of a Congressional Act which freed the family members of the U.S. Colored Troops and the implementation of a more structured program by the Army to care for and educate these people.

As a site associated with persons of national significance, including:

As an archaeological site with artifact and feature deposits and structures (fortifications) whose investigation could add greatly to the understanding of Union camp life, material supply and social (rank) stratification on a Civil War site.

In August 1863 thousands of slaves forced to build railroads for the Union army were stationed at Camp Nelson. They had escaped to Union lines, or joined Union forces which had taken over rebel areas. The army needed the help of their work. These former slaves, at least 3,000 in number, were the primary builders of Camp Nelson, starting with fortifying Hickman Bridge on May 19, 1863. Prior to Lincoln issuing the Emancipation Proclamation, the Army declared such former slaves as "contraband" and refused to return them to the southern slaveholders, as the Confederacy demanded. The Army did use former slaves as laborers. No blacks enlisted in the USCT in Kentucky until 1864, whereas in other border states, former slaves started enlisting in October 1863.

At Camp Nelson 10,000 African Americans were emancipated from slavery in exchange for service in the Union army. These soldiers sometimes brought their families to Camp Nelson; such refugees totaled 3,060 and were cared for by missionaries. At one point, in November 1864, Camp Nelson was not a legal place of refuge for slaves. The Union soldiers forced out 400 women and children to leave the camp; the refugees suffered 102 deaths due to severe weather until allowed to return to camp. Some 1300 refugees died at Camp Nelson, reflecting the high rate of infectious disease at camps. Camp Nelson was the smallest of the three locations where blacks were trained to become Union soldiers; the others were in Boston, and New Orleans. In a more rural area than the other former facilities, Camp Nelson is the only one whose land was never developed after the war for other purposes.

The most African-American recruits arrived at the camp between June and October 1864, with 322 men enlisting on a single day on July 25. After that, only 20 more recruits arrive in 1864. In January, 15 signed up, and from February to April 1865, there were six. Among the units raised at Camp Nelson were the 5th and 6th U.S. Colored Cavalry Regiments and the 114th and 116th Colored Heavy Artillery Regiments. After the war, Camp Nelson was a center for giving ex-slaves their emancipation papers. Many have considered the camp as their "cradle of freedom".

After the war, the United States Sanitary Commission (USSC) operated a soldiers' home for a time at Camp Nelson, in former barracks. It was one of a series of homes and rest houses they operated for soldiers.