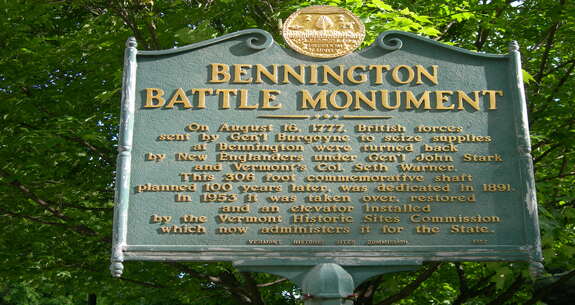 Short on supplies and horses, Burgoyne sends a division of mostly Hessians into what is today Vermont. There, General John Stark attacks and defeats the Hessians, in brutal hand-to-hand combat. Hundreds of Hessians are killed or captured. Loyalists are executed. Burgoyne loses another large part of his invading army.

When you visit the Bennington Battlefield State Historic Site, you can walk the 1-mile Battle Loop trail and read the interpretive panels to learn more about the battle. There are two additional trails, Creek Crossing (.5 mile) and Valley View (1.2 miles), that enable you to walk more of the battlefield.