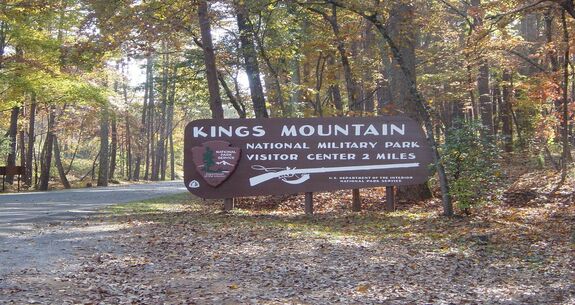 The park visitor center includes a live-action theater film and a museum with exhibits, including audio inside walk-in trees that resemble the 1780 battlefield.

You can explore the battlefield via a 1.5-mile self-guiding walking trail that enables visitors to see both perspectives of the battlefield. The trail winds below the northern slope of a ridge, the site of a Patriot assault. It also runs along the ridge where the Loyalists forces surrendered. Information about the battle is provided on wayside exhibits along the trail.

On October 7th, the Park honors those who fought at Kings Mountain by holding a wreath laying ceremony at the US Monument and a program in the amphitheater at 3:00, the time the battle began.

In the visitor center museum, you can see an original Ferguson Rifle – one of very few such rifles in a museum collection.