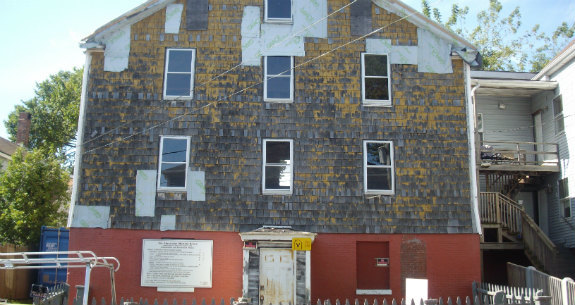 Built in 1828 as a house of worship, the Abyssinian Meeting House at 73 Newbury Street is the third oldest standing African American meeting house in the United States, and is of local, state and national historic significance. The Abyssinian became the center of social and political life for Portland’s African American community throughout the 19th century. The building served as a church and a segregated public school, as well as a hall for concerts, dinners and entertainment. Its members and preachers included former enslaved people, leaders of the Underground Railroad movement, and outspoken advocates for the abolition of slavery in the United States. The Meeting House was closed in 1917, converted to tenement apartments in 1924, and finally, abandoned and taken over by the City of Portland for back taxes. In 1998, the Committee to Restore the Abyssinian bought the property and began restoration.

The property is currently undergoing an extensive renovation to preserve the original character and intention of the building for community use. A committed community group has spearheaded the restoration. Although enormous progress has been made including the removal of the remains of the tenement apartments and reconstruction of the façade, progress has been slow because of the significant cost of the restoration work. An estimate of at least $1 million in additional funding is needed to complete the renovation. Without further investment, the project cannot be completed, and the building will only be publicly accessible on a limited basis.