Income ideas: An imprint on something useful—and unusual

The E. N. Jenckes General Store Museum in Douglas, Massachusetts, which is owned and preserved by the Douglas Historical Society, is one of the most interesting places I've visited—anywhere.  That's because of what's inside, which doesn't feel like a museum at all.  (Photos of the interior and more background.)

The Douglas Farmers Market takes place at the General Store on Saturdays in summer and early fall.  During a visit in 2013  I spotted an usual imprinted item—unusual until I thought about it in-context.  It's the dish towel pictured below, which was being sold for $8, with all of the proceeds going to support the Douglas Farmers Market.

It made perfect sense: A dish towel, for sale at a farmers market, held at a general store.  Who can't use another dish towel?

And what a sharp logo.  Notice the flyer and the sign, too.  As I understood it, a really good graphic designer had moved into town and gotten involved with this community effort. 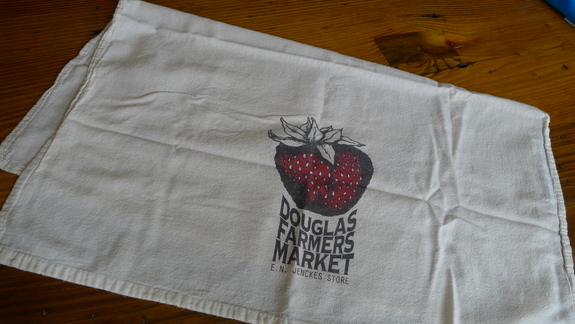 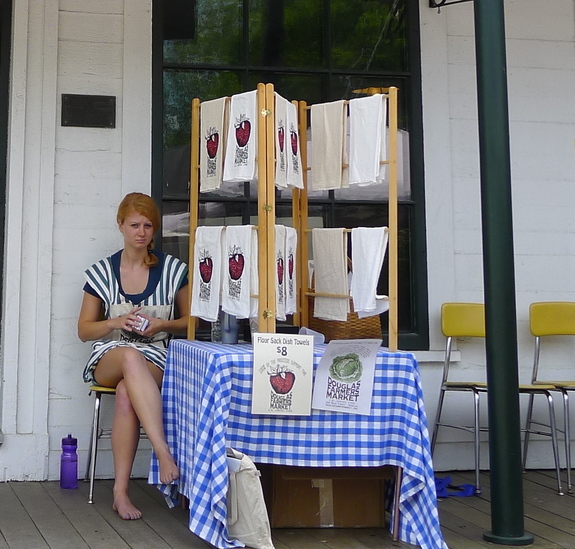 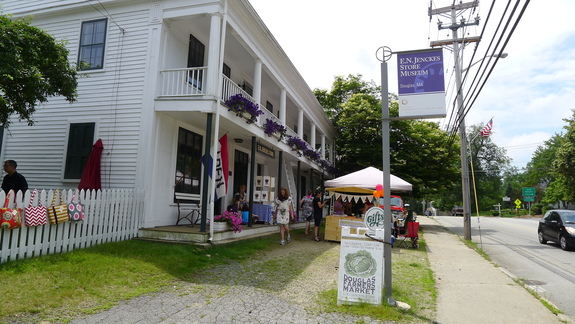 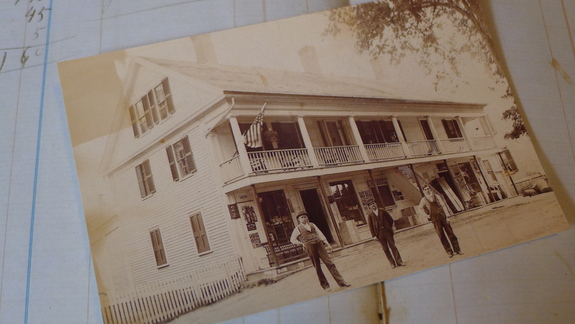 Send us your "Income Idea" and you may see it, and your name and institution, here.