Patriots Day events for this year

Much of the information below was compiled and published by the Battle Road Organization on their site. The volunteers who compiled it deserve all of the credit for pulling it together and our thanks for bringing to life these events every year. The groups that make up the Battle Road Organization are listed below. We've updated links, added information from the National Park Service and others, and organized it in a way that to makes it easy for folks planning their outing.

Additionally, J. L. Bell has a good write up on some of the events here on his outstanding site, Boston 1775.

The information below focuses mainly on activities in Lexington and Concord, if you are in another community that is holding Patriots Day events, send us a link to your event listing and we'll include that link on this page.  Also if you have questions, corrections, or suggestions, please send us a note. If you'd like to receive an easy-to-scan list of history events and exhibits throughout New England every week, subscribe here.

→ Information on parking around Minute Man is at the bottom.

The "Battle Road" event will focus on Parker’s Revenge, near the Route 2A Visitors Center and the Whittimore House in Lexington.

Marching from other towns

The Battle on Lexington Green

The March to Concord and Commemorations at North Bridge 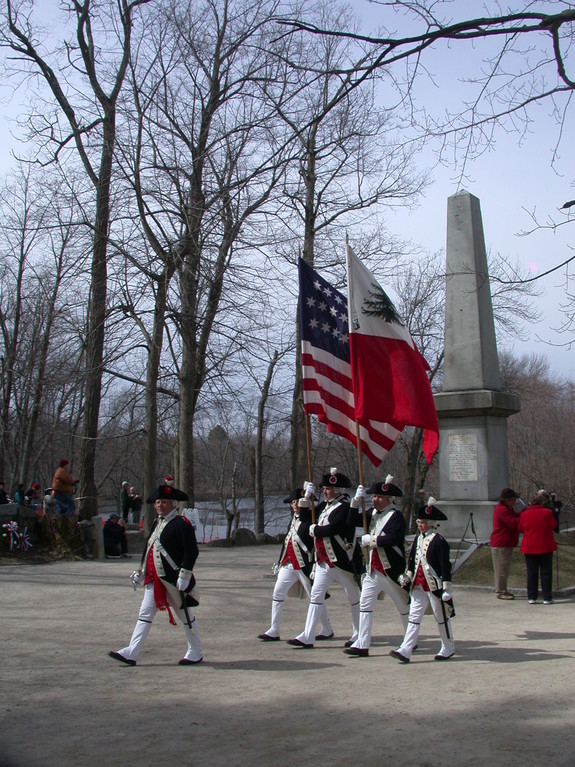 Community events throughout the day in Lexington and Concord

Based on recommendations of the National Park Service:

Thanks to all of the hardworking volunteers who make these events come to life every year, and as noted above, for compiling the information published above.

The photos were taken at Patriots Day events in 2010 by Lee Wright and are licensed under a Creative Commons Attribution-ShareAlike 4.0 International License.