Although Christmas 2015 has come and gone, we have unique gifts for history lovers all year-long in The History List Store, including signed books from noted authors and our original "History Nerd" shirts. 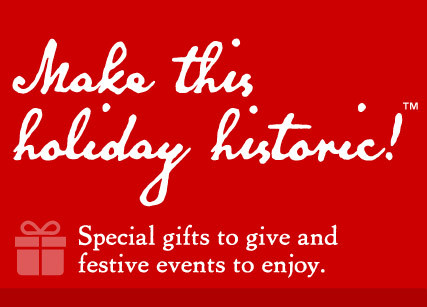 Or perfect for you to add to your own list for Santa.

With new ones added until Christmas Eve. 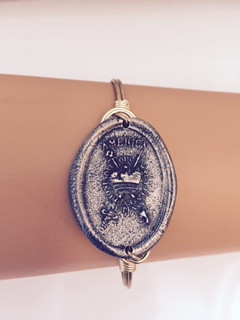 Commemorative 1765 Stamp Act Riot Bracelet from the Newport Historical Society (Rhode Island)
"Created exclusively for the Newport Historical Society by Rhode Island's own Luca+Danni, this bracelet is a reproduction of the 1765 stamp used to impose one of the first direct taxes on the American colonies by the British government. Cries of "taxation without representation" went out and many resorted to mob violence. By August 1765 the first Stamp Act riots had occurred in Boston, followed quickly a riot in Newport spurred on by Newport members of the Sons of Liberty. A portion of the sale of each bracelet is donated to offset the cost of producing the NHS's re-enactment of the Stamp Act Riot of 1765."
Cost: $34 + s&h
Learn more and order from the Society.  (Order by December 18 for standard delivery by Christmas.)
Folks from the Newport Historical Society participated and presented at History Camp Boston 2015.
December 4
New Jersey Colonial Shilling Pendant 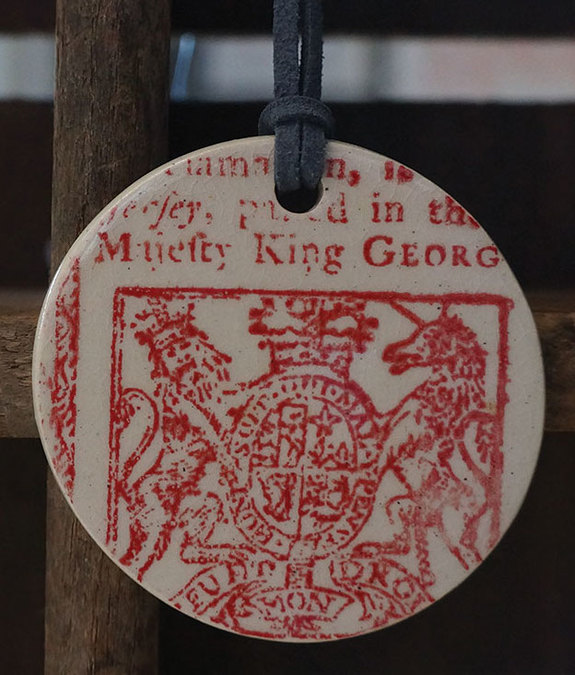 "Round ornament/pendant silkscreened with a NJ Colonial Shilling in underglaze. (Colonial shilling dates from 1776 and is the collection of the artist.) Glazed on one side with a clear gloss glaze with slight crackle finish. Approximately 2.5" in diameter. This item is supplied on a soft faux-suede lanyard that can be used at full length as a necklace or trimmed and retied to be used as an ornament."

There are other pendants, too, all with historical images. All made by hand. Very limited quantities.

Cost: $20 + s&h
Learn more and order from the artist.  (Order by December 15 for standard delivery by Christmas.)
The artist, Michelle Novak, also was kind enough to design the History Camp logo that we all love so much.
December 5
"Colonial Comic: New England, 1620-1750," signed to the recipient by the editor 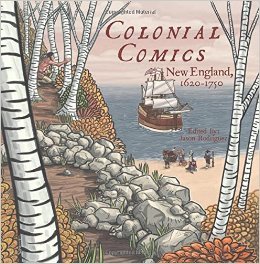 "Colonial Comics is a comic book collection of sixteen stories focusing on the colonial period from 1620 through 1750 in New England. Featuring true tales about free thinkers, Pequots, Jewish settlers, female business owners and dedicated school teachers, whales and livestock, slavery and frontiers, and many other aspects of colonial life.
All proceeds from these sales (approximately $12 per book) will go to Doorways for Women and Families, a not-for-profit dedicated to providing safe spaces and resources to women and families that are trying to get out of domestic violence and homelessness."
254 pages.  Nominated as a Great Graphic Novel for Teens by the Young Adult Library Services Association.
Shipping and handling will be $12.65 for a flat-rate box, 1-3 day priority mail.
Cost: $25.95 + s&h
Contact Jason to order and arrange the signing and payment via PayPal.  (Order by December 18 to ensure delivery by Christmas.)
Jason led a session and participated on a panel at History Camp Boston in 2015.
December 6
Large Green Deck Prism, cast by hand in the US from a mold of a prism on the Charles W. Morgan from Mystic Seaport (Connecticut)
"Days before electricity, light below a vessel’s deck was provided by candles, oil and kerosene lamps, all were dangerous aboard a wooden ship. The prisms were laid flat in the deck and drew light below. 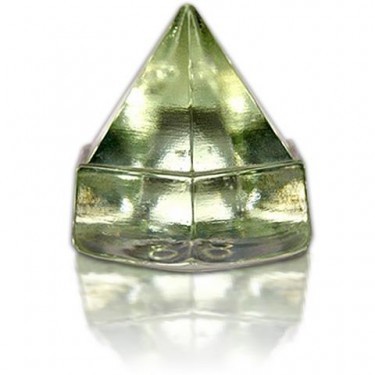 During a major restoration of the Charles W. Morgan, 1977-1984, it was discovered that several of the original deck prisms on the ship had been cracked and damaged. Molds were taken from the original 19th century deck prisms and hand-cast replicas were produced to replace the original. Our deck prisms are hand cast here in the United States. Each piece is unique and comes in decorative gift packaging. Also available in a smaller sizes, other colors, and clear."
Size: 4-1/2"h x 4-1/2"w
Cost: $29.95 + s&h
Learn more and order from Mystic Seaport. (Contact the Museum for the last date to order and be sure of delivery by Christmas.)
December 7
Commemorative Pearl Harbor coin from Pacific Historic Parks 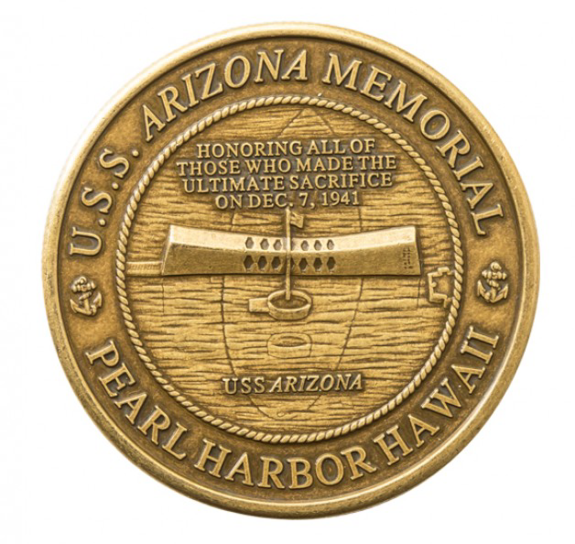 Commemorative Pearl Harbor coin in antique bronze featuring images of the USS Arizona and USS Arizona Memorial.
Diameter: 39.25mm
Weight: 1 Troy ounce of pure bronze
Includes jewelers box and certificate of authenticity. Minted in the USA. Other coins with other designs and in other metals are also available.
Cost: $26.95 + s&h
Learn more and order from Pacific Historic Parks.  (Contact them for the last date to order and be sure of delivery by Christmas.)
December 9
Dwight House Holiday Ornament from Historic Deerfield (Massachusetts) 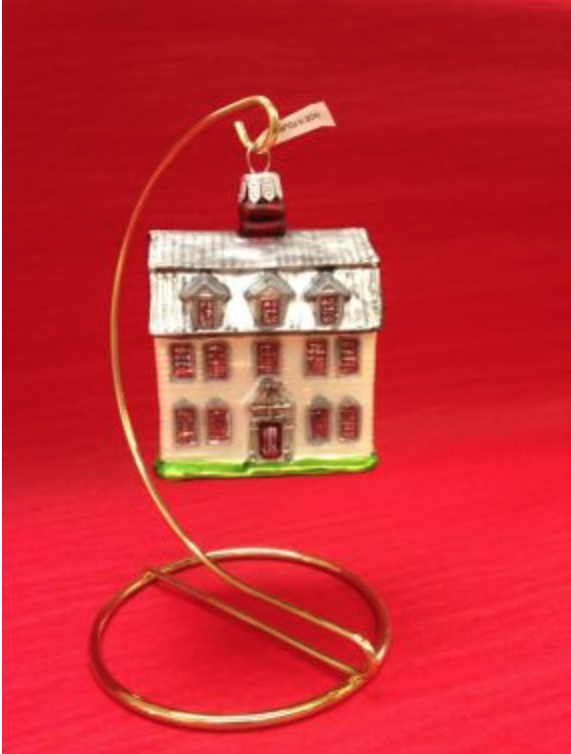 "With its fashionable windows, front door and dormer pediments, this striking house is a favorite of photographers and visitors alike. Made exclusively for Historic Deerfield, it is hand-painted, mouth-blown into a mold, glass. Made in Poland. Gift boxed."
Cost: $29.95 + s&h
Learn more and order from Historic Deerfield.  Scroll to the bottom for the Dwight House ornament.  (Contact Historic Deerfield for the last date to order and be sure of delivery by Christmas.)
December 14 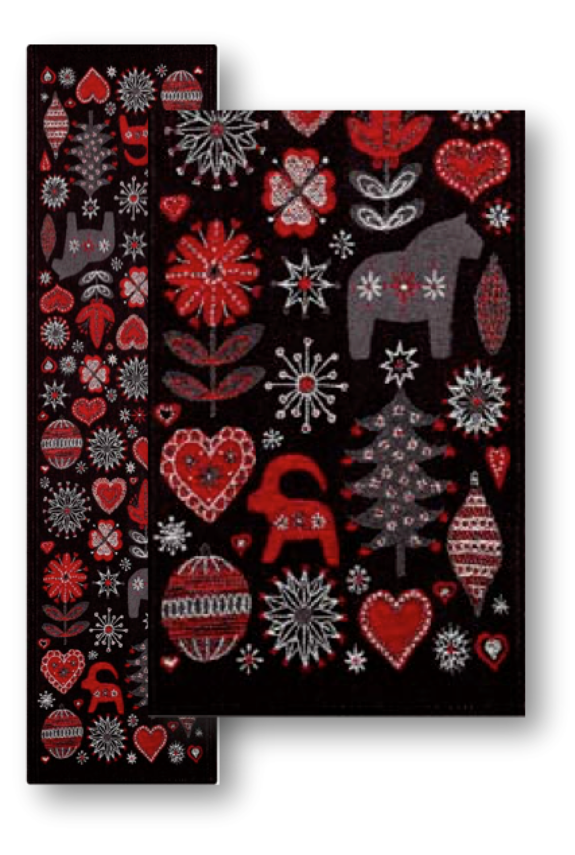 Ekelund Julnatt Table Runner from the Museum of Danish America (Elk Horn, Iowa)
"Environmentally friendly produced in Sweden by master weavers using 100% organic cotton. 14" x 47" ( 35 cm x 120 cm)"  Shown full length at right overlaid with a closeup of part of the pattern.
Cost: $39.50 + s&h
Learn more and order from the Museum of Danish America.  (Contact the museum for the last date to order for delivery by Christmas.)
December 18
Tickets to Hamilton, the musical that's winning praise from theater critics and historians alike 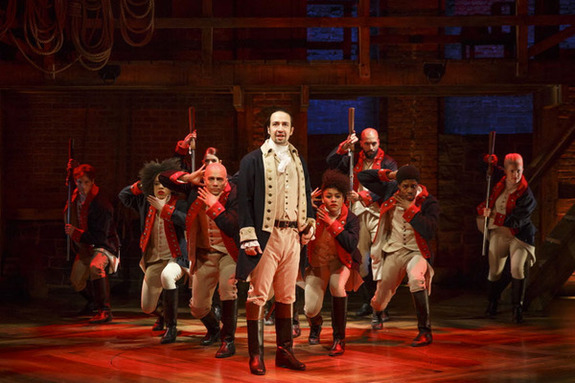 Currently playing on Broadway with most upcoming shows sold out, tickets are available from brokers and are expensive.  Terry Teachout, theater critic for the Wall Street Journal, just named it the best new musical of 2015, "Obviously,"  while historians, such as James Kirby Martin, writing in the Journal of the American Revolution, say, "If you want to uplift yourself and learn more about the realities of American history in the process, go see Hamilton."
It's reportedly coming to Chicago and to London, and given the success on Broadway, will probably tour at some point.  In the meantime, you'll find clips at the show's site. And mark your calendar for June 5, 2016 when the Tony Awards will surely include a live performance from the show.
Cost: $250 - $800 (for a single ticket) for shows in the near future.  The show's site has links to brokers.  (Tip: Hide the credit card bill if it comes before Christmas.)
The cheapest ticket for performances several months from now are less than $100, which you can also find on the show's site.  The theater does also has this lottery, as explained on that same page: "Two-and-half hours before each performance, patrons may enter their name outside the theater for a chance to buy up to two $10 front row tickets. Winners' names will be drawn two hours before show time. Entrants must present photo ID, and the winners must pay with cash at the box office."
This gift is an exception to our criteria that all of these gifts are from a history-related organization or an artisan.
December 21
A gift membership to your local historical society, history museum, historic site, or other history organization 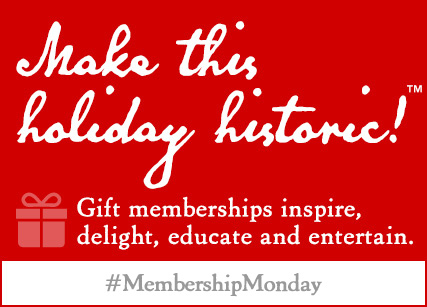 It's the last Monday before Christmas, which means it's #MembershipMonday, the day when participating history organizations offer a special promotion for anyone giving a gift membership.  Memberships are great last-minute gifts, and you have the satisfaction of knowing that you're supporting history and historic preservation in your community.
Contact your local history organization and see if they have a special offer.  And if you're with a local history organization and interested in getting involved, it's not too late to get the word out on your special #MembershipMonday offer with this free marketing bundle.
December 23 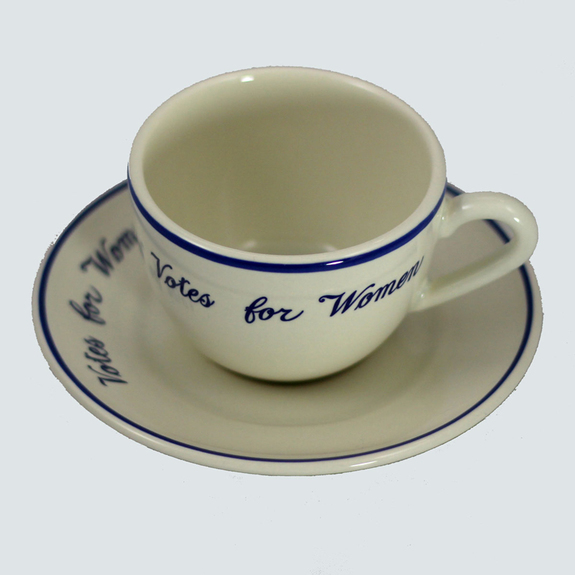 "Mrs. Alva Erksine Smith Vanderbilt Belmont (1853-1933) was first married to William K. Vanderbilt, grandson of Cornelius in 1875. At the time of her divorce, she came under the influence of Anna Howard Shaw, a noted suffragist and worked the rest of her life with the most militant groups of the suffrage movement. The Votes for Women motto was used in 1909 at the famous suffrage open house at Marble House, Newport Rhode Island.

This cup and saucer is a reproduction of the service used during that open house. The saucer measures 6 inches in diameter, and the cup and saucer are dishwasher and microwave safe."

The slogan also appears on other items available from the Newport Mansions Store.

Cost: $18 + s&h
Learn more and order from the The Preservation Society of Newport County.  (Unless you buy this on-site, this probably won't make it to you or your gift recipient by Christmas, but you can older now and print out or send a picture of the item with a note.)
We'll announce more unique gifts for history lovers through December 24 here, and on Twitter, and on our Facebook page. These are editorial decisions, not advertisements or paid placements, and the purchase is made directly from the institution or artist. If you're interested in nominating a gift for the list, you'll find we'd love to hear from you.  Here's what we're looking for and the way to get in touch with us.

Although Christmas 2015 has come and gone, we have unique gifts for history lovers all year-long in The History List Store, including signed books from noted authors and our original "History Nerd" shirts.