"The American Civil War in a Global Context" Signature Conference 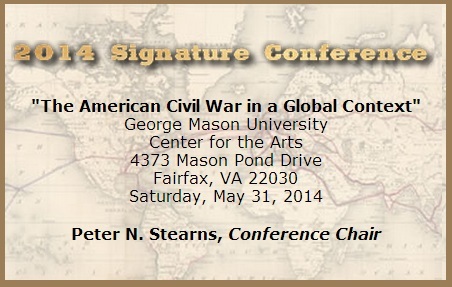 This program examines the Civil War from an intriguing perspective. The Civil War was an intense struggle in the United States, but it was also an international event in many ways. Considering it from this standpoint provides a number of unexpected connections between the American crisis and the wider world, while shedding new light on civil war itself.

Historians of international acclaim will discuss the impact of the Civil War in areas ranging from the global cotton trade, to international abolition efforts, to changes in the future of military operations, to the implications of the Civil War as one of the first wars fought in an industrial age. Dr. Peter N. Stearns, Provost and Professor of History at George Mason University, chairs the program. 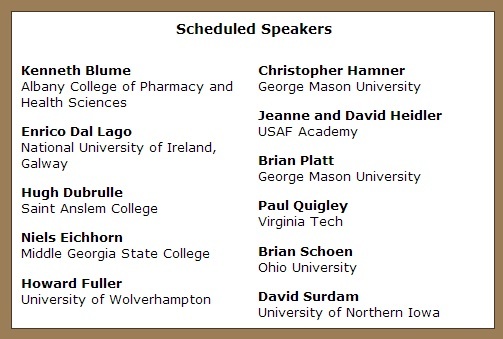 "Treason, Stupidity, or Cowardice": The Union Defeat at Ball’s Bluff and the Formation of the Joint Committee on the Conduct of the War   Details