Talk: Brunel: The Man Who Changed the World 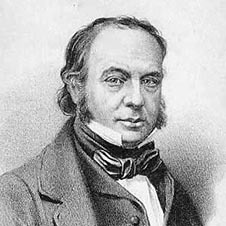 The English Speaking Union and the Victorian Society in America Presents: Brunel: The Man Who Changed the World with Robert Hulse the Director of London’s Brunel Museum.

The Victorians’ favorite term for machines and engineering was ‘promethean,’ an adjective that suggests gigantic, world changing, world shocking design. Isambard Kingdom Brunel (1806-1859) was the quintessential promethean engineer, who changed the world. His first project, London’s Thames Tunnel, is the birthplace of urban transport and altered the very essence of the cities in which we live. To the Victorians, it was the eighth wonder of the world, and on its opening day in 1843 was seen by 500,000 people. His last project, the Great Eastern, changed trade and the shape of the world. When the huge ship arrived in America in 1860, people lined Manhattan fifty deep to see the first modern ocean liner come up the river. Everything Brunel did, by land or by sea, he did with flair and showmanship. In everything he did, he worked beyond the parameters of established practice, truly making it up as he went along.

In his talk, Robert Hulse will examine Brunel as not only as visionary engineer, but also as showman. He will also introduce Brunel’s father, Sir Marc Isambard Brunel (1769-1849), who invented automated production. The father of mass production was not Henry Ford, but a Frenchman fleeing to America to escape the ‘Terror’. Sir Marc explored upstate New York for the first canal in America, from the Hudson River to Lake Champlain. He became an American citizen and later, as Chief Engineer of the Port of New York, designed the defenses on Staten Island. Of Isambard Brunel, BBC broadcaster Jeremy Clarkson explained, ‘Brunel built Britain, and Britain built the world, which means Brunel built the world’.

The 2015 Evelyn Wrench Speaker for the English-Speaking Union, Robert Hulse, MA, is Director of London’s Brunel Museum, housed in Brunel’s original Thames Tunnel engine house and winner of The Queen’s Award in 2010. He is co-author of The Brunels’ Tunnel, with a foreword by Michael Palin. Mr. Hulse has worked in education and museums for 20 years. He has taught at London University and City University; lectured at Chiba University, Tokyo, the Royal Institution of Great Britain and Tel Aviv University. He worked with the Greater London Authority to organize the first public walks through the Thames Tunnel in 145 years. He is now working with Brunel Museum Trustees on to build a visitor center in Brunel’s Grand Entrance Hall. The museum was recently awarded the Freedom of the Ancient Metropolitan Borough of Bermondsey, thus bestowing on Robert twin rare privileges: he is now permitted access to any of the river-steps of the Thames… and may drive sheep across London Bridge.