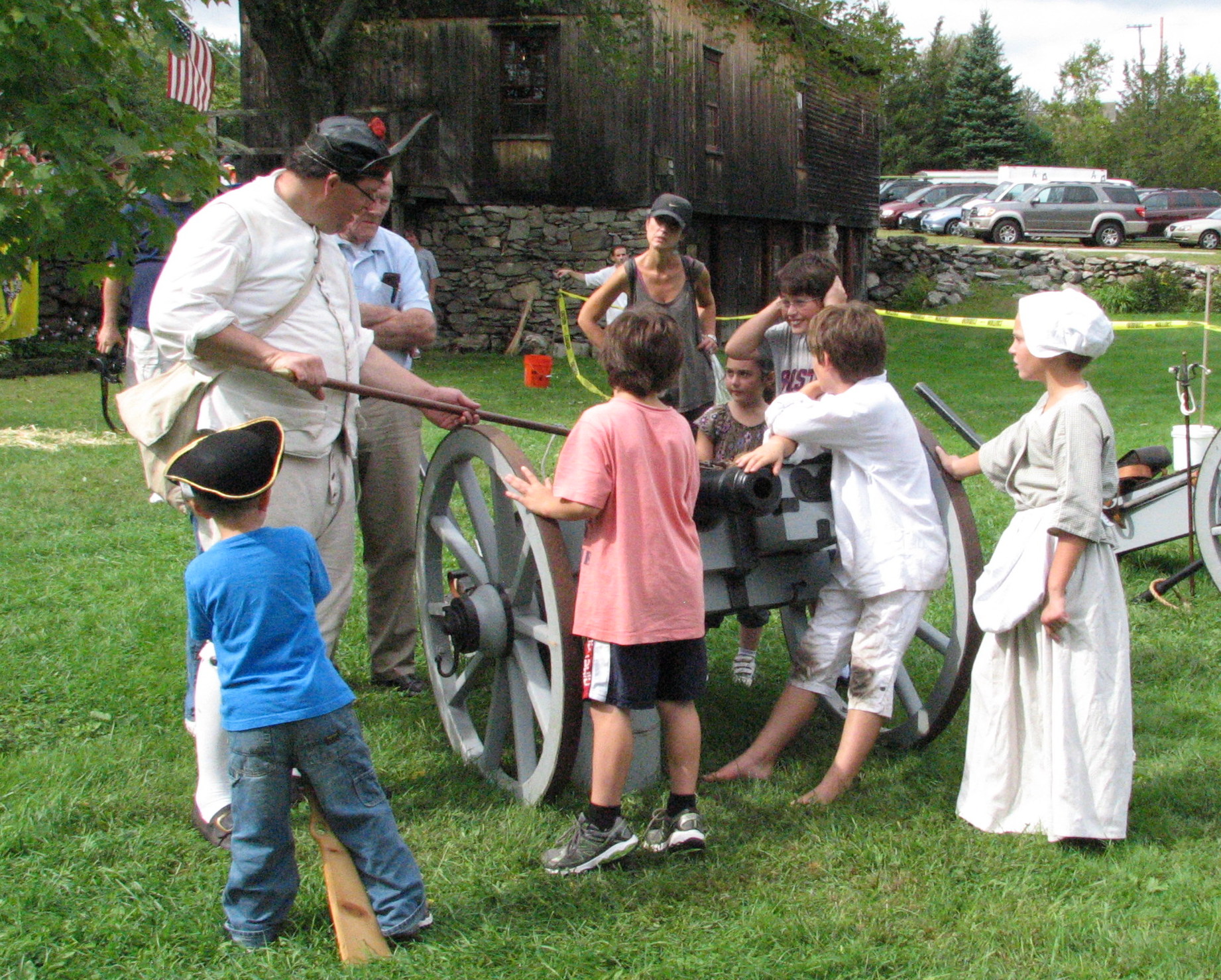 An encampment of Colonial militia and Pirates engage in military drills, demonstrate 18th century living, and host games, crafts and more at the “Smith-Appleby House Colonial Weekend” at the Smith-Appleby House Museum in Smithfield, RI, on Saturday, Oct. 6, and Sunday, Oct. 7, 2012.

The activities are continuous from 10 a.m. to 4 p.m. The fun includes:
• Living history demonstrations of the 18th century, including Revolutionary War camp life, cooking, fire starting, and more
• Children's games, crafts, military drills, and other activities
• Period crafts and wares — demonstrations and sales
• Colonial musicians and artisans
• Militia drills and demonstrations
• United Train of Artillery demonstrations of cannon and more
• Tours of the historic 1696 Smith-Appleby House Museum
• Food and beverage

There is a $5 donation for adults. Children 12 and under are free.

The Smith-Appleby House was originally built circa 1696 as a one-room stone-ender with a loft by Elisha Smith, the grandson of John Smith “The Miller,” one of Roger Williams’ original party of six men who left the Massachusetts Bay Colony to settle in Providence. Expanded by later generations of the family to 12 rooms, today the House is one of a few remaining 17th century houses in Rhode Island and features original furnishings, designs, and exhibits.

The Smith-Appleby House Museum, located at 220 Stillwater Road in Smithfield, RI, located just off I-295 (Exit 8-B). For more information, visit the website at http://www.smithapplebyhouse.org or call 401-231-7363.

The House is headquarters to The Historical Society of Smithfield and hosts tours, events, and educational activities year-round. Coming up are: the annual Colonial Dinner in November, and the Christmas Celebration with Santa & Mrs. Claus in December.

There is a $5 donation for adults. Children 12 and under are free.

The Smith-Appleby House Museum, located at 220 Stillwater Road in Smithfield, RI, located just off I-295 (Exit 8-B). For more information, visit the website at http://www.smithapplebyhouse.org or call 401-231-7363.