Colonial games and crafts for kids — and historic house tours for everyone — will be featured at a special Smith-Appleby House Museum event on Saturday, June 30, 2012, in Smithfield, RI.

At “Colonial Games, Crafts & Tours Saturday,” kids are invited to learn and play Colonial games and make crafts just like children of long ago. Hosted by volunteers in 18th century costume, children can spend the afternoon practicing being graceful playing Graces, running and rolling a hoop with a stick, learning Colonial dances, making stencils and other crafts — and touring the historic landmark home to experience what daily life was like in the 18thcentury.

The Smith-Appleby House was originally built circa 1696 as a one-room stone-ender with a loft by Elisha Smith, the grandson of John Smith “The Miller,” one of Roger Williams’ original party of six men who left the Massachusetts Bay Colony to settle in Providence. Expanded by later generations of the family to 12 rooms, today the House is one of a few remaining 17th century houses in Rhode Island and features original furnishings, designs, and exhibits.

“Colonial Games, Crafts & Tours Saturday” is scheduled for Saturday, June 30, from 1 p.m. to 4 p.m. There is a $5 donation for adults and children are free. No reservations are needed. 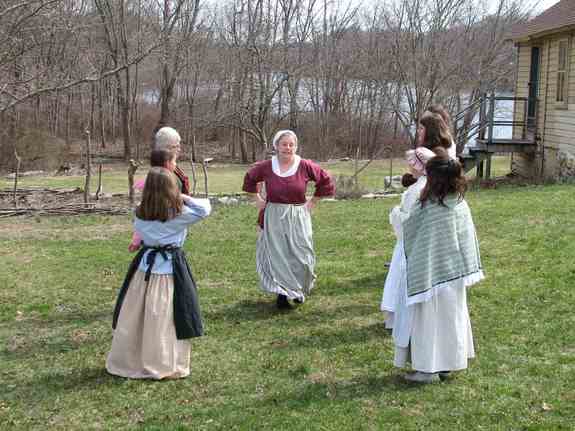 There is a $5 donation for adults and children are free. No reservations are needed.

The Smith-Appleby House Museum is located just off I-295 (Exit 8-B) at 220 Stillwater Road in Smithfield, RI.