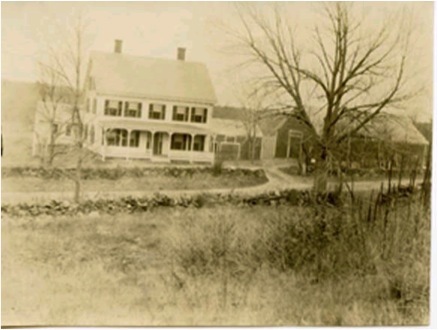 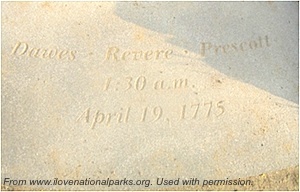 The editorial [pay wall] below, which appears in today's issue of The Wall Street Journal, makes the case that an understanding of history creates a better potential employee.  (Emphasis added.)

The Education Our Economy Needs

We lag in science, but students’ historical illiteracy hurts our politics and our businesses.

In the spirit of the new school year, here’s a quiz for readers: In which of the following subjects is the performance of American 12th-graders the worst? a) science, b) economics, c) history, or d) math?

With all the talk of America’s very real weaknesses in the STEM subjects (science, technology, English and math), you might be surprised to learn that the answer—according to the federal government’s National Assessment of Educational Progress—is neither science nor math.  And despite what might be suggested by the number of underwater home loans, high-school seniors actually fare best in economics.

Which leaves history as the answer, the subject in which students perform the most poorly.  It’s a result that puts American employers and America’s freedoms in a worrisome spot.

But should a C grade in history matter to the C-suite?  After all, if a leader can make the numbers, does it really matter if he or she can recite the birthdates of all the presidents?

Well, it’s not primarily the memorized facts that have current and former CEOs like me concerned.  It’s the other things that subjects like history impart: critical thinking, research skills, and the ability to communicate clearly and cogently.  Such skills are certainly important for those at the top, but in today’s economy they are fundamental to performance at nearly every level. A failing grade in history suggests that students are not only failing to comprehend our nation’s story and that of our world, but also failing to develop skills that are crucial to employment across sectors.

Having traveled in 109 countries in this global economy, I have developed a considerable appreciation for the importance of knowing a country’s history and politics.  The good news is that a candidate who demonstrates capabilities in critical thinking, creative problem-solving and communication has a far greater chance of being employed today than his or her counterpart without those skills.

The better news is these are not skills that only a graduate education or a stint at McKinsey can confer.  They are competencies that our public elementary and high schools can and should be developing through subjects like history.  Far more than simply simply conveying the story of a country or civilization, an education in history can create critical thinkers who can digest, analyze and synthesize information and articulate their findings.  These are skills needed across a broad range of subjects and disciplines.

In fact, students who are exposed to more modern methods of history education—where critical thinking and research are emphasized—tend to perform better in math and science.  As a case in point, students who participate in National History Day—actually a year-long program that gets students in grades 6-12 doing historical research—consistently outperform their peers on state standardized tests, not only in social studies but in science and math as well.

In my position as CEO of a firm employing over 80,000 engineers, I can testify that most were excellent engineers—but the factor that most distinguished those who advanced in the organization was the ability to think broadly and read and write clearly.

Now is a time to re-establish history’s importance in American education.  We need to take this opportunity to ensure that today’s history teachers are teaching in a more enlightened fashion, going beyond rote memorization and requiring students to conduct original research, develop a viewpoint and defend it.  If the American economy is to recover from the Great Recession—and I believe it can—it will be because of a ready supply of workers with the critical thinking, creative problem-solving, technological and communications skills needed to fuel productivity and growth.  The subject of history is an important part of that foundation.

Mr. Augustine, a former Under Secretary of the Army, is the retired Chairman and CEO of Lockheed Martin.