In recognition of the sesquicentennial commemoration of the American Civil War, the Boston Book Festival brought together several distinguished authors for a discussion at this year's event on October 15: Adam Goodheart, 1861: The Civil War Awakening; Tony Horwitz, Midnight Rising: John Brown's Raid and the Start of the Civil War; Charles Bracelen Flood, Grant's Final Victory and several others; and, Harvard University president Drew Gilpin Faust, This Republic of Suffering. The session was moderated by Annette Gordon-Reed, author of the Pulitzer Prize-winning The Hemingses of Monticello and Andrew Johnson.

The video runs just under an hour and half.

This is the presentation that was given at the first second third ongoing meetings introducing the closed beta.  (See the December 7 post about the meeting with the Charles River Group of historical societies and the post about the meeting with the New England Historic Genealogical Society (American Ancestors), Historic New England, the Massachusetts Historical Society, and the Freedom Trail Foundation.)  If you'd like to participate in the closed beta for organizations that is going on now, request an invitation.  To inquire about a presentation to your group, please contact us.

Updated: May 7, 2012: The History List is now open to all organizations.

Updated: July 29, 2012: The presentation has been updated with the most recent features and with quotes.

Thanks to Diane Calvano for providing the opportunity to present to her quarterly information sharing meeting with several historical societies from central Massachusetts.  And thanks to all who attended for the good questions and your support of this initiative. 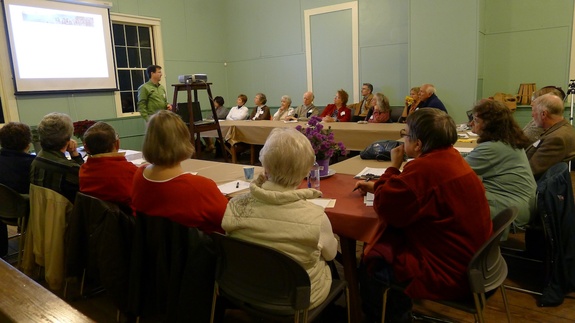