With the Air & Space Museum on the Mall in Washington closed (until the fall of 2022), in July 2021 I visited the "other" Air & Space Museum, the Steven F. Udvar-Hazy Center, which is an annex near Dulles International Airport that houses aircraft and spacecraft. Covering 17 acres, the annex's holdings range from the earliest days of flight . . . 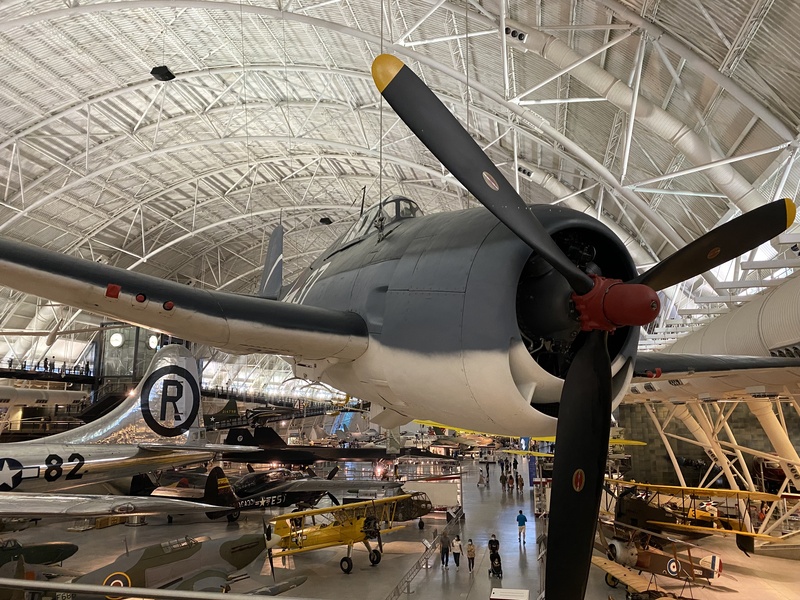 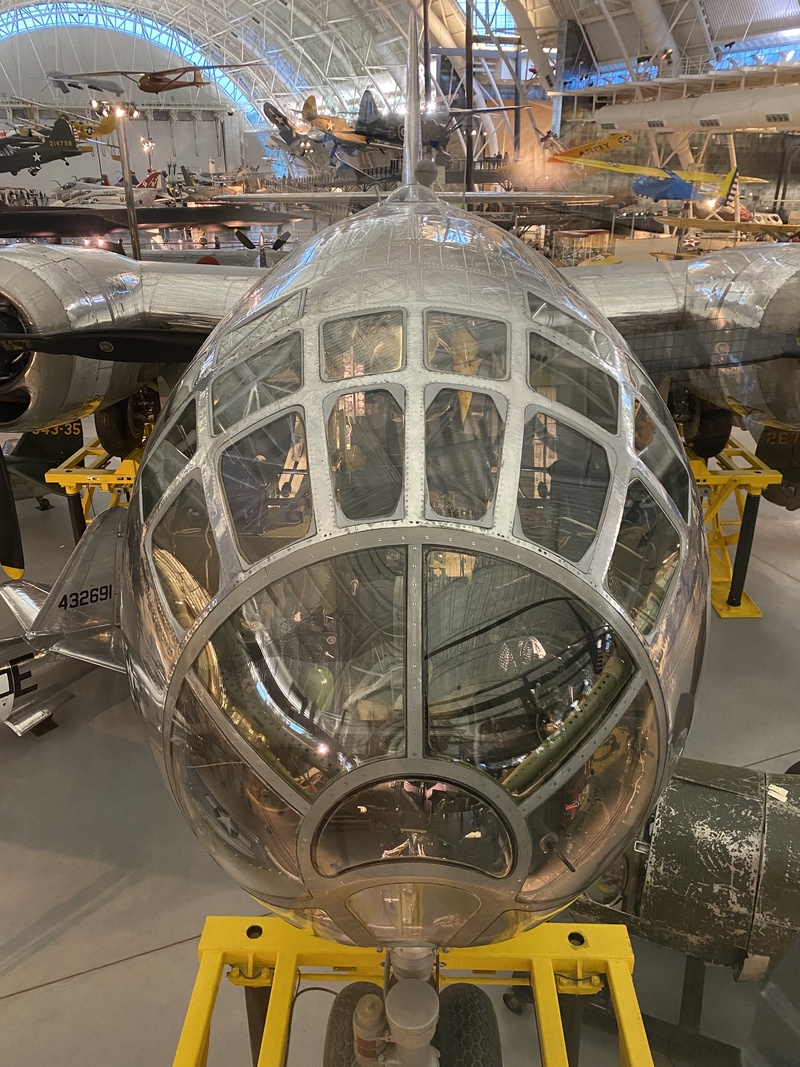 Also on display, space shuttle "Discovery," along with several satellites. 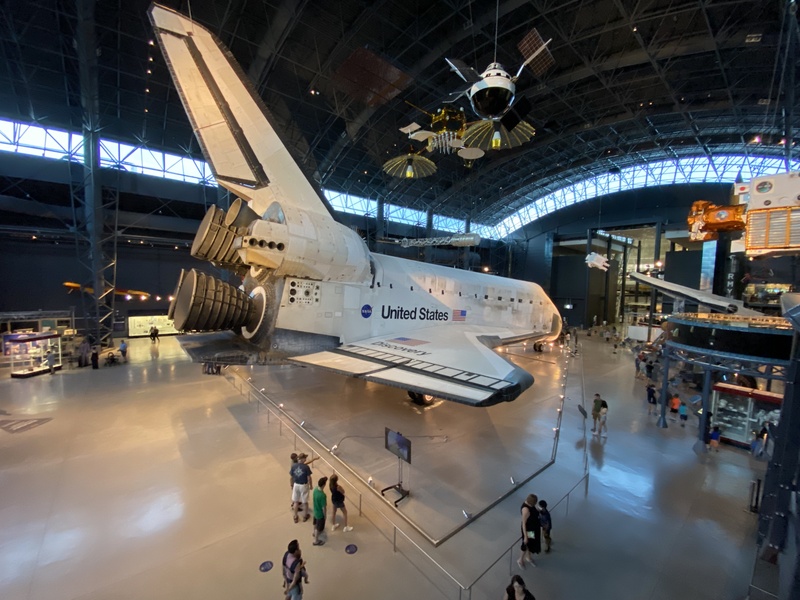 The highlight of the collection for me was the SR-71A Blackbird. 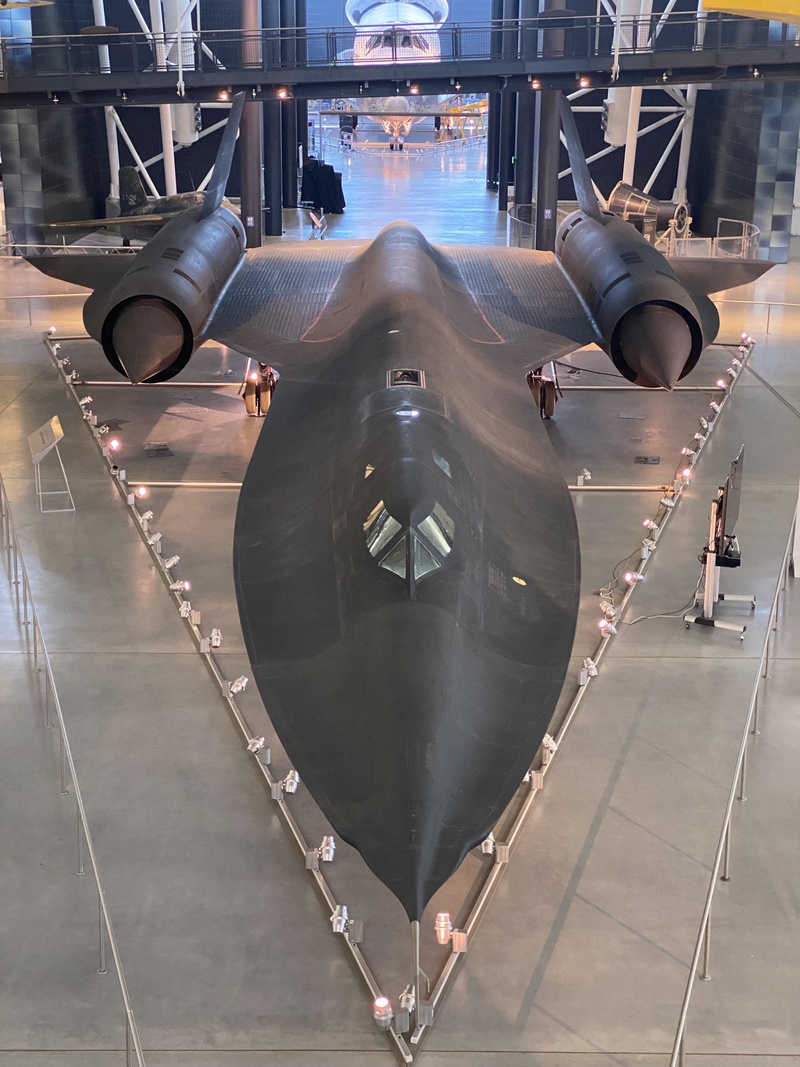 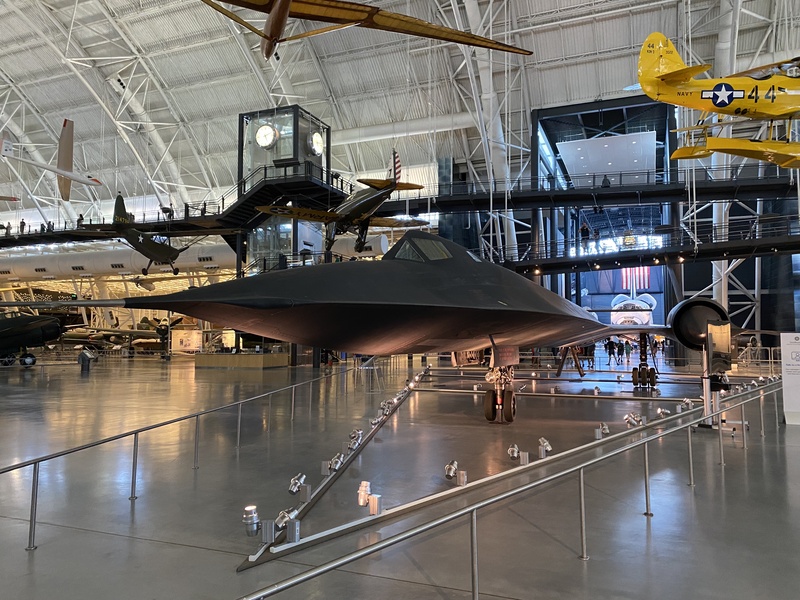 Unlike the museum on the Mall, there are few traditional museum displays. Instead of pictures and diagrams, here you get a close look at the planes and spacecraft themselves.

I hadn't set out to visit the annex. I was visiting the DC area on short notice during Covid, so hadn't been able to get passes in advance. Instead, I competed for the very small number of passes available that morning. Despite being online the second the Smithsonian system opened, the passes to all the Smithsonian museums except this one were gone within seconds.

I'd been to Washington several times since the Center opened but had never bothered to make the drive. I'm glad I did.

If you love aircraft and spacecraft, this museum is well worth the trip even after Air & Space on the Mall has reopened. The location near Dulles means you don't have to deal with DC traffic, there's plenty of free parking, and there aren't the crowds that you have with the museums on the Mall.

Finally, a note on the name. Here's the story: In 1958 at the age of 12, Steven Udvar-Házy and his family fled to the United States from Soviet-occupied Hungary. In 1973, at the age of 27, he formed International Lease Finance with his son and a fellow Hungarian ex-pat to lease aircraft. Starting with a single DC-8, the company grew to be one of  the two largest aircraft leasing companies in the world. His $66 million grant to the Smithsonian enabled them build the annex. (More at his entry on Wikipedia.)

What a great American success story. As someone who is passionate about history, I wish more institutions provided the background on their major benefactors.

Photos by Lee Wright, founder of the History List. Photos are available under a Creative Commons license. (CC BY 2.0) These photos were taken in July 2021.