Over the last few days of January we introduced The History List to some of New England's—and the nation's—leading genealogy, historic preservation, and museum organizations. 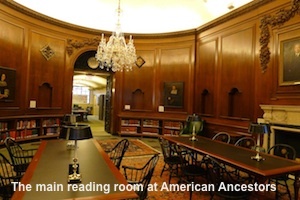 . . . for their interest, questions, suggestions, and support in meetings and briefings over the last few days.  Each organization puts on dozens of events a year, and a few put on more than 100 different events.

Our initial group presentation took place in November with presidents and board member at all-volunteer historical societies. Following that was a December meeting with executive directors of the historical societies, historic building organizations, and history museums that are part of the Charles River Group.

The major points of feedback from our most recent meetings, along with where we stand with each:

We also received this challenge: "Win the Revolutionary War!"  And we took it to heart, working now to make a special effort to reach organizations and institutions closely related to the Revolutionary War, in New England and throughout "the Colonies," to enlist their participation in this early stage.  (Our scope remains national and the focus is history into the mid- to late-20th century.)

Coming up, we'll meet with representatives of the USS Constitution Museum—"Old Ironsides" gained its legendary status during the War of 1812, whose bicentennial is being celebrated starting this year—and with the Bostonian Society (est. 1881), which operates the Old Statehouse Museum.

If you and your history-related organization would like to meet about or receive access to The History List, let us know.  In the coming weeks, we'll be in Philadelphia, New York, Baltimore, and Washington, DC and are interested in hearing from organizations in or near those cities.

For occasional e-mail updates, including notification of the launch, sign up here.