We’re kicking off a series of "Historic America Road Trips” and the first one focuses on the homes and birthplaces of the signers of the Declaration of Independence. 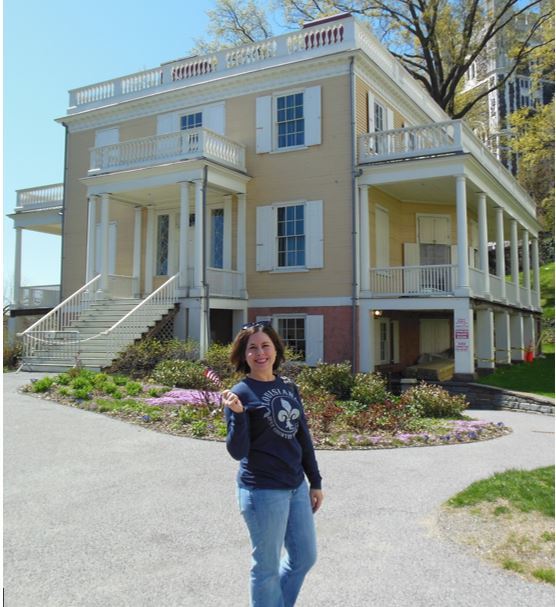 "I live in Louisiana and visited Washington DC in 2012 for the first time.  I returned home a different person.  I made a side trip to Mount Vernon while there and just fell in absolute love and total fascination with George Washington.  After the DC/Mount Vernon trip I had a newfound appreciation for my country and its history.  I was also alarmed at how little I knew beyond the basics.  History was always one of my favorite subjects in school but I wasn’t motivated to learn anything more than what I had to learn to pass a test.

Mount Vernon made such an impression on me that I became inspired to visit all founding father homes. I received the book,"The Founding Fathers, The Men Behind the Nation," as a Christmas gift, a few years ago, and began to realize how little I knew about our founding fathers.

I also used that book as a launching point to start building my list and to start traveling to these sites.

I have friends and family who aren't necessarily interested in history, but I feel like they've become more interested after following my travels to these historic sites, and this makes me really happy.

I've barely scratched the surface here.  Most of these men aren't 'household names.'  Making this list has helped me to learn more about the lesser known founding fathers like Caesar Rodney.  They each have their own unique, fascinating story and all made an immeasurable contribution to our nation's founding!"

Betsy’s original list included other patriots, too, so we created "Signers of the Declaration of Independence" and "Patriots of the American Revolution."

Have you taken a trip to see some of America's great historic sites?  If you'd like to share it with others, send it in and it may be the basis for another road trip we compile.  And if it is, we'll credit you and give you your choice of a shirt from The History List Store.